Experts Apptd On AI Board To Suggest Cost-Cutting 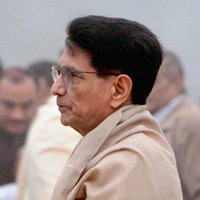 08 November, 2014
Print this article Font size -16+
Indian Government appointed five experts from different fields as part-time Directors on the Air India Board, including IIM-Ahmedabad professor Ravindra H Dholakia who had headed a panel to suggest cost-cutting measures for the ailing national carrier.

Civil Aviation Minister Ajit Singh appointed them to utilise their specialised skills to help Air India achieve the targets set by the government through its Turnaround and Financial Restructuring Plans, an official release said.

The Dholakia panel, which submitted its report in March, had recommended steps to cut costs and increase savings in line with best global practices. It went into the expenses structure of the company, identified loopholes which led to wasteful expenditure and recommended measures to plug them.

The appointments are part of the makeover in the state- owned airline's Board which would decide on key issues, including leasing out and monetisation of key assets and boost the functioning of the two new engineering and ground handling subsidiaries in the backdrop of heightened competition.

In 2010, the Ministry had appointed five independent directors. Of them, three quit the next year. They were Anand Mahindra, Chairman of Mahindra and Mahindra Ltd, M A Yousuffali, managing director of Abu Dhabi-based Emke Group, and Amit Mitra, who contested elections to become Finance Minister of West Bengal.

The three-year tenure of two others - Ambuja Realty chief Harsh Neotia and IAF chief Fali Homi Major - ended this January, prompting the government to appoint outside professionals to steer the airline to a better future.