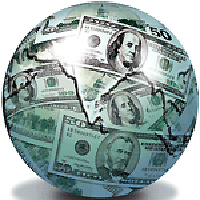 Total investments so far are at $11.17 billion against $10.59 billion in 2008. QIPs account for a disturbing 74 per cent. Pure private equity deals or investments in unlisted companies account for just $2.91 billion. "The surge in QIP deals by private equity investors started around May," says C.G. Srividya, partner (specialist advisory services) at Grant Thornton. "Most investments have been in the real estate sector."

QIPs, which allow listed companies to place shares or securities convertible into equities with qualified institutional buyers, appear to have replaced PIPEs (private investment in public equity) in the private equity deal market for now. Stung by losses on PIPE deals
($5.6 billion was invested in 2007 alone) because of the 2008 stockmarket crash, most investors had retreated from such deals. The recovery this year seems to have reignited old passions.

Investments via QIPs are similar to PIPEs in many ways. Investors pick up minority stakes and have a short exit horizon (1-2 years). However, unlike in PIPEs, there is no one-year lock-in period, which makes exits that much easier. What is worrisome is that while PIPEs at any given time did not exceed more than 20 per cent of total private equity investments, QIPs have dominated deal flow this year.

Once bitten, never shy appears to be the underlying sentiment in private equity for now. It could also well be the making of an even bigger disaster.