Everybody Against Us, But We Have Public Support: Kejriwal 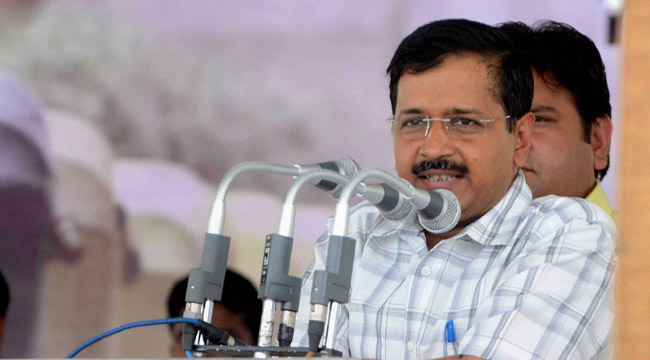 08 June, 2015
Print this article Font size -16+
Referring to AAP Government's ongoing turf war with Lieutenant Governor Najeeb Jung, Delhi Chief Minister Arvind Kejriwal on Wednesday (20 May) said "everybody has got united against us" but asserted that till the time they have public support "we don't have to think about anything".

"Everybody has got united against us. Yesterday, I went to meet a senior lawyer who told me that he had seen on news channels that everyone is against us (AAP Government) but public is supporting... I replied to him that till the time public is with us we don't have to think about anything," Kejriwal said.

Inaugurating the 100th store of Kendriya Bhandar in the national capital at Keshav Puram, Kejriwal said his government was working hard to fulfill the promises made to the people.

"We are working hard as public trusted us and gave a huge mandate (in the Assembly elections) and I assure you that we will not let you down and deliver our promises," he said.

Kejriwal said his government was making efforts to ensure that prices of vegetables like potato and onion remain under control during the summers.

"In summers, there had been sudden rise in prices of vegetables, but this time we have bought and stocked potatoes and onions from other states when they were cheap. If someone tries to inflate the price then we will float out stock and control the prices," Kejriwal said, adding if this plan succeeds, the government will stock other vegetables too. He said his government will ensure that there is no shortage of electricity and water.

"We have made week wise projection of demand and supply for the next four months. Officers are calculating demand each week and supply to meet this requirement. I am confident there will be no shortage of electricity.

"I am also not saying that there will be 24-hour supply of water but if earlier a house used to get 1-hour of water supply then now it will get 1.5 hours of supply. Situation will get better in Delhi," Kejriwal said. He announced that the government would promote Kendriya Bhandar in the city for cheaper and quality food products. He invited officials of Kendriya Bhandar to meet him with an expansion plan for Delhi. Out of 130 Kendriya Bhandar outlets in India, 100 stores are in Delhi.

"Before I was elected an MLA from New Delhi, I went to meet people and at four places, the people demanded opening of Kendriya Bhandar... If public is demanding this store then it means that there is something good in it. Public gives the best certificate," Kejriwal said.