Eve Ensler And Her Battles 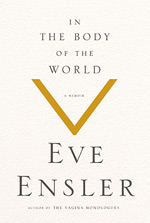 08 November, 2014
Print this article Font size -16+
Eve Ensler’s life story is unlike any other. A victim of incest as a child, Ensler’s quest was to reclaim the body she was once alienated from. She tried various routes to get back, she says. Promiscuity, anorexia, performance art, nothing worked. And then she began travelling the world, asking women about their bodies ('The Vagina Monologues', her most famous work, is a result of that effort)

She finally reached Bukawu in the Democratic Republic of Congo, often called the rape capital of the world. Minerals and women were the biggest casualties of the war that had been raging in Congo for almost 13 years; where systematic rape, torture and destruction of women and girls was employed as a military and corporate tactic. Congo, known to be one of the richest countries in Africa by virtue of its minerals, is home to the poorest people in the world.

The Congo and the individual horror stories of women consumed her, she writes. But she found something else there. A determination and life force she had never witnessed. Soon after, when they discovered a tumour in her uterus, it was these stories that gave her the strength of fight on. ‘In the Body of the World’, her memoir, is this story; the story of her life, and how cancer helped her re-inhabit her body. And how what was happening in Congo was an example of a cancer in the world.

Of course, Ensler writes as a dramatist, maybe even a ‘drama queen’. The style is staccato, extremely verbose, and inundated with hyperbole. She doesn’t spare the reader’s sensitivities. There are enough of references to poop and shit (You can’t take this book to your dinner table conversations). She says it like it was when she brings up her past, and how her life was always a conflict of emotions. Fear, guilt, betrayal, she puts it all out there.

It is the story of survival. Cancer is, by all accounts, not easy to get through. The toll it takes on your body, not to mention your mind, is evident. Ensler doesn’t glorify her own determination. She wails through the treatment, groping in the dark as it often is. She manages to come though, with the physical scars, but a redeemed soul.

It is also the story of love. Ensler writes that her pursuit in life was to attract love. But she found the love that liberated her on the hospital bed, amidst the dozen or so people who didn’t have to be there, attending to her, making her laugh, but chose to. She didn’t own their love. But she had it.

Above all, it is the story of overcoming. It is the story of fighting a deadly disease, living on the mad edge of belief, both within her, and outside in the world. The V-Day Foundation helped construct the City of Joy for the rehabilitation of Congolese rape survivors. Ensler talks about attempting to enlist the support of the world’s powerful, but leaving, crushed and bewildered each time. But when she enters the city, everything seems possible. The city is a lotus rising from the mud, a new beginning, for building a new world. Three of the ten rules at the city are a) Tell the truth, b) Stop waiting to be rescued and c) Give away what you want the most.