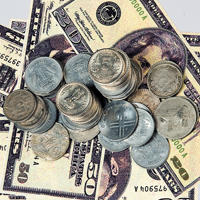 The country has been regaled by an avalanche of sleaze in the past week. The telecommunications imbroglio occupied the pride of place in the media because the mud could be slung higher, but also because of the tapes of secretly recorded conversations leaked out by or from government departments — either the spy agencies or tax authorities. It does not reflect well on their ability to hold on to secrets; it is to be wondered whether they would be any more impervious to the machinations of Pakistani spies than to those of our own spies, as some sections of the media can justifiably be called. This may be regrettable, but not necessarily disastrous. For our armed forces are much larger than Pakistan's, and just the fact that Pakistan's army establishment finds out how large they are would not improve its chances against India. In fact, those who leak out sensitive information might well argue that the more information they convey to Pakistan, the less likely Pakistan is to try out aggression. They would like the fact to be forgotten that Pakistan's incursion into Kargil was based on information about the Indian army's practice of leaving that stretch of border unprotected during winter — and on lack of information in our army about Pakistani plans. But while lack of intelligence integrity may prevent India from pulling its weight in international affairs, it will still survive and bungle on; its existence is not at stake.

The imperfections of the government's information management should not deflect attention from the real issue, that the department of telecommunications under A. Raja undersold spectrum at a ridiculously low price. That means that the government got, and its buyers paid, less for the spectrum than the price a fair, blind auction would have revealed. When an asset is underpriced, two things happen. First, the underpricer faces more buyers than he can accommodate; then he can choose buyers. This is just what Raja is reported to have done. Second, he who chooses can charge for making choices; in other words, he can share in the undeserved gains of those who gained spectrum. This has not been established, and cannot be shown without a systematic enquiry. Everyone implicitly assumes that Raja was guilty. It would be a pity if this universal presumption buries the need to establish his guilt — and whether there were any other criminals involved. This, incidentally, would be the only way of disproving the presumption being made that the Prime Minister was complicit in the minister's misdoings because he was so resolutely passive. It is in the Prime Minister's interest to institute an impartial enquiry.

In telecommunications there was only so much spectrum and just one minister to allocate it. Bank credit, on the other hand, is increasing inexorably. This year, bank loans are Rs 6,80,963 crore; next year they will be 15 per cent higher. All this money is not being given out just by bank chairmen; they only deal with big companies, give big loans and take big commissions. There are thousands of junior officers who give out smaller loans to smaller businesses; seeing the example their seniors set for them, it would not be a surprise if they collect gratifications which, even if they are smaller individually, add up to far more collectively. And in this case as in the case of spectrum, it is not just the bribes that are a matter of regret. It is the fact that bribes distort decision making. Raja gave spectrum to builders and speculators; bankers give loans to those who give the best rate in bribes. Either way, it is the more efficient, the more honest, the more deserving that lose out. If it were not for the bribes, credit would go to better businesses, and India would get more growth of output and employment. This culture of corruption has heavy macroeconomic costs.

It used to be said that bankers took bribes because their salaries were so low. But this is no longer true; half a dozen pay commissions have resolved the problem. The way to make bankers more honest is to expose them to more competition. The country needs more banks.

What stands between it and more banks is the bank of all banks, called Reserve Bank. in some ways it is the most efficient government institution; it is certainly the least corrupt. It has excellent practices that prevent contact between its officers and people who may bribe them; it makes its decisions systematically, and minimises discretion. It can give the government a lesson or two on how to become less corrupt. But before that, it should stop sitting on its hands and give out some bank licences.