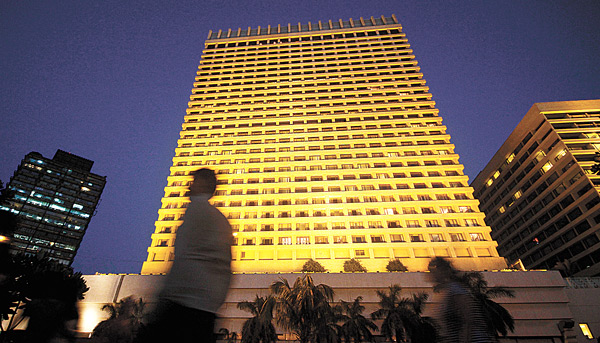 08 November, 2014
Print this article Font size -16+
Imagine getting a room at The Oberoi, a Trident or at Vivanta by Taj President in Mumbai’s tony Nariman Point and Colaba areas for as less as Rs 7,500 per night. Three years ago, they would have commanded well over Rs 16,000.
With Mumbai’s business dynamics now shifting north, upscale hotels in south Mumbai are under severe price pressures. Faced with low occupancy rates, they have been tinkering with prices — and, on certain days, rates are known to have dipped to as low as Rs 6,500.
“Occupancy levels in south Bombay hotels are 40 per cent while north Bombay has occupancy levels of 60 per cent,” says Kamlesh Barot, past president Federation of Hotels and Restaurant Associations of India, and director of Revival hospitality group. This, he says, has skewed the hotel pricing equation in Mumbai’s heritage areas. Mid-market hoteliers located in the same area are watching the price dips in five-star products with alarm. Take Hotel Marine Plaza, a mid-market brand that was charging Rs 9,000 a night, which had to mark down prices a bit to compete.
A Taj spokesperson confirms that rates have slightly softened, but brushes it aside as a temporary off-season blip .
But the general feeling in the industry is that south Mumbai might suffer more in the long run since the business dynamics of the city has changed. “Business is shifting out of south Bombay,” rues Anil Madhok, managing director, Sarovar Hotels and Resorts, which runs  Marine Plaza. He says with more and more hotels coming up in Bandra Kurla and Andheri, which are closer to the city’s business action, things are likely to worsen.
Now, even central areas like Lower Parel boast of five-star hotels in their vicinity — Four Seasons is already there, and a Shangri-La is scheduled to open soon — which means, visitors to this area, who would have opted to stay in Nariman Point, are rethinking their choices.
Of course, the Mumbai hotels aren’t the only ones facing a squeeze these days. The fact is that as more hotels open, many upscale hotels all over the country are being forced to lower their tariffs.

Adding to the gloom is the general slowdown, says Madhok, and the 2008 terror attack. Over the last two or three years, foreign investors have not been coming to the city in the numbers they used to, and this is hurting the hotel industry. The industry view is that going forward, even the hotels in the newer parts of the city may face pricing pressure as competition is growing. “Supply is finite in south Bombay so prices will correct themselves,” says Barot, adding that 12,000 more rooms are being added across Mumbai.
The situation is still slightly better in the mid-market segment. Suresh Kumar, CEO, Fortune Park Hotels, ITC’s mid-market offering insists this segment has not been affected. A value-seeker still prefers the mid-market hotel, he says, adding that while five-stars may pare their room rates, they still charge a premium for other facilities, such as dining, spas, etc.
Agrees Madhok, “Luckily, mid-market is not hurting so badly, though we have not been able to increase prices as much we would like to.”
(This story was published in Businessworld Issue Dated 22-10-2012)
Tags assigned to this article:
magazine business after hours top 2 lifestyle marketing and advertising chitra narayanan magazine 22 october 2012 oberoi trident vivanta kamlesh barot federation of hotels and restaurant associations of india marine plaza hospitality industry