End Of A Goal 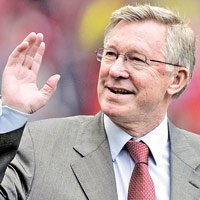 08 November, 2014
Print this article Font size -16+
Sir Alex Ferguson, arguably the most famous football manager of our times, will retire at the end of the current season. The Scottish coach, who managed the $3.5-billion publicly traded English soccer team Manchester United for 26 years, helped it win 38 titles, including 13 Premier League and two UEFA Champions League crowns. David Moyes of  Everton will replace him.
Still In A Jam
Jack Welch may have tweeted in his support, but Jamie Dimon’s fate at JPMorgan continues to hang in the balance. According to reports, the investment bank is yet to get the nod from three of its largest shareholders for the upcoming vote on retaining Dimon as CEO and chairman. A year ago, the celebrity CEO found himself in the midst of a row after dubitable transactions in the bank’s London branch incurred a loss of $2 billion. Ever since, a section of investors has been clamouring for separating his roles.
Lending Support
The new chief of Asian Development Bank, Takehiko Nakao, feels a bank for the Brics nations may not be a feasible idea as banking is a “complex” issue . But he says  the lender is willing to cooperate with the initiative,
allaying concerns that such a move will affect ADB’s lending to the bloc. Nakao says that ADB has no plans to bring down the pace of funding to India.
Reputation Vs Compensation
Yahoo CEO Marissa Mayer has often been in the news for the wrong reasons, but she says she doesn’t pay attention to personal attacks. “I see those (criticising) links on twitter, but I don’t click,” she says. In February, a ban on telecommuting at Yahoo’s office had triggered a ‘hatewave’ against her. But such attacks have no impact on her compensation, which in 2012 stood at $36.6 million, of which $35 million came from stocks.
In High Spirits
Come June, the C-suite at the world’s largest spirits company will have an Indian occupant. IIM Ahmedabad alumnus Ivan Menezes will replace Diageo’s long-time CEO Paul Walsh. Menezes has charted the British giant’s expansion into emerging markets. In November, Diageo bought 53.4 per cent in Vijay Mallya’s United Spirits.
Young Scion
RP-Sanjiv Goenka Group chairman Sanjiv Goenka’s son Shashwat has taken charge of Spencer’s Retail, making the 23-year-old the youngest to head an organised retail chain in the country.
No Comeback
If the recent numbers are anything to go by, IT services giant Infosys is facing hard times. So it's with good reason that some investors have been saying that N.R. Narayana Murthy might make a comeback. But the Infy co-founder says he has no plans for a Steve Jobs-like act. “It’s all speculation,” Murthy said in a newspaper
interview.
Shedding Shell
Royal Dutch Shell has surprised all by saying it’s 54-year old CEO Peter Voser will retire next year. Voser, who has been CEO since July 2009, will end a 29-year stint at the Anglo-Dutch oil giant. He played a pivotal role in Shell’s recent financial turnaround — its first quarter profits rose by 4 per cent to $8 billion.
Taxing Order
An Italian court has upheld the conviction of former Prime Minister Silvio Berlusconi for tax fraud. The court also retained a four-year prison term and five-year ban on taking public office that he was handed in October.