Employability Is Objective Of Any Education System 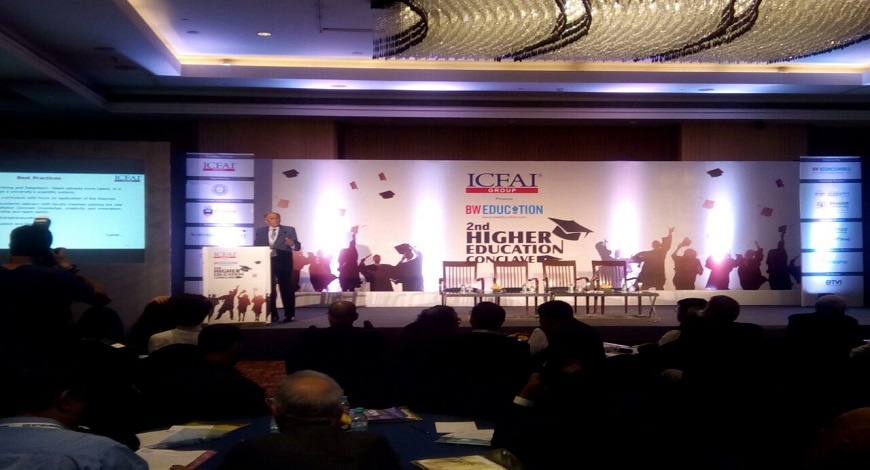 He, in his address, spoke about the contemporary issues with which academics are grappling with.

While addressing the gathering which witnessed a large turnout, Mr. Batra spoke blatantly about how India, still after making multifold efforts, not being able to make any progressive development in the education sector. He said that with only 13.5% Gross Enrollment Ratio in Higher Education, India has the least participation.

Mr. Batra also added that, "our educational institutions have to update with the new modern landscape of the new age careers because employability is objective of any education." He also stressed that more job creation is expected from the government.

Mr. Mahendra Reddy made a presentation on the creation of institutions of excellence.

He made a crucial point that Ranking systems of QS and Times higher education depends entirely upon the quality of Research and Teaching & the impact of the research that any institution has carried. However, only a couple of IITs and IISC, Bangalore have made it to their list.

Mr. Naji Al Mahdi from (KHDA) Dubai in his address spoke about 'out of the box' pedagogy. While complementing to Mr. Batra's argument, he reiterated that job creation is the foremost duty of the government because it will motivate the students.

Mr. Papi Reddy, Chairman of Telangana State Council said that India should concentrate on effective governance of universities. He stressed that quality of education is integral for the entire ecosystem of academics.

He points out that approaches of various stakeholders concerning to the education have vested interests and does not have a noble cause behind contributing towards educating the society.

He also emphasized that funding is of paramount significance to any institution and universities need finances to run.