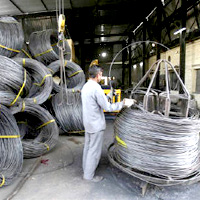 08 November, 2014
Print this article Font size -16+
Business activity in emerging markets expanded at a lower rate in December, hit particularly by a slowdown in service sector growth, a survey showed on 7 January.

The composite HSBC emerging markets index of manufacturing and services purchasing managers' surveys fell to 51.6 in December from 52.1 in November. But the index remained firmly above the 50 threshold which denotes expansion.

"Indian services continued to perform poorly; Chinese services growth also came down very sharply," said Murat Ulgen, HSBC's chief economist for central and eastern Europe and sub-Saharan Africa. "Emerging markets are not as dynamic as they used to be - they are not growing as strongly as they were at the beginning of the recovery in 2009-10."

The Indian services output index has been below 50 for six straight months, the survey showed. China's December service sector reading of 50.9 was its lowest since Aug 2011.

HSBC's future output index fell to a six-month low in December, reflecting weaker sentiment in both manufacturing and services. But the average for the quarter as a whole was higher than in the previous two quarters.

Among the BRIC emerging markets - Brazil, Russia, India and China - Brazil continued to post the strongest optimism about output growth this year, but those levels of optimism have fallen in the past two months.

HSBC pointed to buoyant manufacturing output levels in Taiwan, the United Arab Emirates and Saudi Arabia, however. High-deficit countries such as Brazil, India and Indonesia, in contrast, have been hit by the U.S. Federal Reserve's plans to wind down its monetary stimulus.

The HSBC survey collects data from purchasing managers at about 8,000 firms in 17 countries. The index is calculated using data produced by Markit.