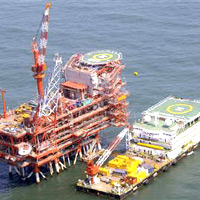 08 November, 2014
Print this article Font size -16+
The Election Commission of India has asked the government to defer a hike in gas prices due to start April 1, ahead of next month's election, a development that is likely to hurt Reliance Industries Ltd and other gas producers.

India last year approved a near doubling of gas prices from the current $4.20 per million British thermal units to spur investment in exploration for gas and boost returns for firms including state-run Oil and Natural Gas Corp <ONGC.NS>.

Some political parties, however, interpreted the move as aimed primarily at helping energy conglomerate Reliance, which has been calling for an increase in prices when the contract for sales from its gas block off the east coast expires on March 31.

Petitions to block the gas price hike also were filed with the Supreme Court, which is due to resume a hearing on the case on Tuesday (25 March).

A cabinet panel approved the hike in June last year.

In a letter to the federal petroleum ministry's secretary, the election commission said it had decided the proposal could be deferred. The letter was posted on the commission's website late on Monday. It did not elaborate.

"It sends a very bad signal to the outside world. In this country, due to elections even the commercial decisions can be postponed," said Deven Choksey, managing director at Mumbai brokerage K.R. Choksey Securities.

A decision on the gas price hike is now expected to be taken by the new government after it takes office in May.

Demand for gas in India far outstrips consumption, but the government has kept prices low for strategic industries such as fertilizer producers, deterring investment by companies in the sector.

India, the world's fourth-largest energy consumer, has few energy resources other than coal. It uses coal for nearly 56 percent of its energy needs, while oil, mostly imported, accounts for 26 percent.

Reliance and its partner BP have attributed this to geological complexity. The company has said gas prices need to be increased in order to encourage further investment to try and boost output.

"In the short term, this will create uncertainty about the timing and quantum of the gas price hike. The company will have to wait for a few more months," said Jagannadham Thunuguntla, chief strategist at SMC Global Securities.

A Reliance spokesman on Monday declined to comment on the election commission's decision.

But in a statement issued on Sunday, the company said that the decision to implement the new price from April 1 was part of a "contractual obligation", as the current gas prices are valid till March 31.

"Even a bare reading of this factual position leads to a simple conclusion: a change in gas pricing from April 1 is not a new decision but only implementation of a cabinet decision taken in June 2013," it said.

Arvind Kejriwal, the leader of the AAP who burst onto the political scene with a victory in Delhi's local election in December, had ordered a probe into Reliance Chairman Mukesh Ambani and policymakers over gas pricing last month.

Kejriwal, who was chief minister of Delhi for 49 chaotic days before resigning, said he would ask the federal government to suspend any order to raise gas prices until the issue was resolved.