Effort On To Extend Tax Net 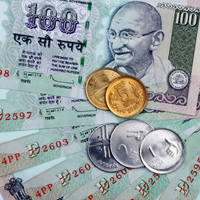 08 November, 2014
Print this article Font size -16+
In a strong message to tax evaders, the government on Thursday, 2 May 2013 said that it will step up efforts to bring more people into net and also endeavour to recover tax arrears.

"Between January and March...we issued notices after mining the data and thanks to the advertising campaign, I have added 50 lakh more taxpayers into the tax net over three-month period. We would like to do the same thing in 2013-14 and we will add many more (into the tax net)", Finance Minister P Chidambaram said.

He said this while replying to a brief discussion on the Budget after which the Upper House returned the Finance Bill and other bills completing the budgetary exercise for General as well as Railways Budgets.

Chidambaram assured the members that government would address human resources, technology and time to improve tax collection and deal with the menace of tax evasion.

Noting that the revenue department was working under several limitations, the Minister said, it must "adopt technology (and)...non-invasive ways of collecting taxes and I am sure that (these efforts) will produce better results in 2013-14."

He said that recently a Group of Ministers (GoM) has been constituted to address the human resources issues in the tax department and undertake restructuring of the cadre of the Central Board of Direct Taxes (CBDT).

On efforts to recover tax arrears, he admitted that much more was needed to be done to deal with the issue and raise revenue.

"There are tax payers, tax evaders and those who help the tax evaders. It is a shame that only 42,800 people in this country admit to having more than Rs 1 crore income", he said, adding "I will encourage them to recover more tax arrears."