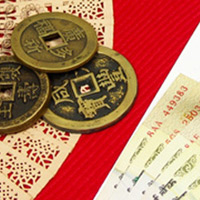 08 November, 2014
Print this article Font size -16+
Emerging economies will lead growth in 2013 as the global economic outlook remains challenged by the euro zone's debt crisis and high unemployment in the US, according to a report released on 23 January.

Business optimism in Brazil, Russia, India and China, also known as BRIC countries, increased in the fourth quarter of last year.
Read: Investors Stick To India, But Look At China

The survey of 3,200 business leaders in 44 countries found that optimism in the BRIC economies, all deemed to be at a similar stage of newly advanced economic development, has increased to 39 per cent in the last quarter of 2012 compared with 34 per cent one year earlier.

Emerging markets in Asia Pacific (excluding Japan) also saw an uptick in business optimism, while optimism in North America decreased during the same period. It swung from 6 per cent in the fourth quarter of 2011 to 52 per cent in the second quarter of last year, before falling back to just 1 per cent by year-end.

What is holding these countries back is the cost of borrowing. More than a third (34 per cent) of businesses in the BRIC economies cite the cost of finance as constraints on their growth prospects, compared with 17 per cent in Group of 7 countries.

More than a fifth of BRIC businesses cite the poor quality of local transport, information and communications technology and infrastructure as likely growth constraints in 2013.