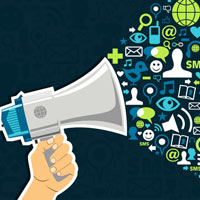 08 November, 2014
Print this article Font size -16+
The e-commerce industry in India is expected to grow a tad over five-fold — from $1.6 billion right now to $8.8 billion by 2016 — says a recent study by Assocham and research firm, Forrester. It further states  that e-shopping during the forthcoming season is likely to go up by a whopping 350 per cent for products like mobile phones, e-tablets, home appliances, home décor, jewelry and apparels.

According to D S Rawat, Secretary General, Assocham, Diwali would see a spurt in shopping for electronic items, gift articles, idols of Gods and Goddesses, sweets, clothes and jewelry due to the heavy discount range and other offers such as free shipping, gifts and gift vouchers.

And e-commerce firms want to have a piece of the action coming up, right away. “The festive season sees a lot of planned buying specially in the category of electronics, jewelry, gold and silver coins and diamonds. We are planning to source special offers from the brands in these categories,” says Sandeep K, Vice President Marketing at Snapdeal.com.

The festive offers on Snapdeal.com will start sometime next week and the portal plans to run weekly offers based on specific festivals in different regions and purchase patters. For instance, it will have region specific flavours for Ganesh Chaturthi in the west and southern India, Durga Puja in the east and dhanteras in the north.

Most e-tailing portals are trying to cash in on the festive season by offering heavy discounts and easy EMI options. “Zero per cent EMI on all categories across the board with no specific ticket size is the key highlight this festive season,” says Manmohan Agarwal, CEO of Big Shoe Bazaar India, which runs yebhi.com and yebhiwholesale.com. Yebhi.com too will introduce the festive season offers in the next couple of weeks. The portal  currently has about 80,000 stock keeping units (SKUs) and has already introduced gold, silver and diamond jewelry online.

Assocham expects the onling shopping portals to see a growth of about 35-40 per cent during key festivals like Karva Chauth, Dhanteras and Diwali. India currently has more than 120 million internet users, out of which around half opt for online purchases, the Assocham report states. “With such a large market size, companies, right from retail shops to consumer goods, are entering the web space to attract potential customers,” says Rawat who adds “people from Gujarat are taking lead in ordering their Diwali requirements of consumer durables followed by Maharashtra and Delhi”.

According to the report, in 2011 the population of e-shoppers in Mumbai was 72 per cent followed by 60 per cent in Delhi and the figures are expected to touch 85 per cent and more than 70 per cent, respectively. “Products that will gain popularity in e-sale this year could include gems and jewellery, online books, accessories, apparel, music and movies, hotel room besides tickets for transportation,” states the report.

The report also spots that 38 per cent of regular shoppers are in 18-25 age group, 58 per cent fall in the 26-35 years age group, 18 per cent in 36-45 year age group and 10 per cent in the 45-60 group. Seventy-six per cent of the online shoppers are male and only 24 per cent female. E-commerce players can ride a spending binge.
Tags assigned to this article:
assocham festive season dhanteras othertop2 e-commerce silver coins e-tailing ganesh chaturthi durga puja shopping portals ticket size commerce firms gift articles