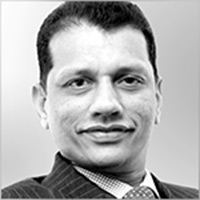 08 November, 2014
Print this article Font size -16+
What's the hiring sentiment like currently?
The overall hiring sentiment in India remains cautious. While macro-economic factors like declining rupee, and a relatively slow growth may not have too much of a direct impact on all sectors, but still some organisations are cautious as they hire. However, there have been some significant movement in the following sectors:
-Attrition has been seen in the banking and finance sector as recently 200 I-bankers working in investment banks have been forced to quit or asked to leave their jobs.
-IT and ITeS recruitment has been going strong as it has offered a good number of job opportunities.
-Non- payment of salaries in the automobile sector has given rise to many employees leaving their jobs.
-The percentage of Indian companies recruiting at managerial and professional level has increased by 19 per  cent and now stands at 59 per cent.
-Manufacturing sector has seen strong hiring trends during this season.
-The healthcare sector was hiring last quarter, but because of new developments like the new drug pricing control order (2013), even healthcare is slow and cautious now.
-Education has emerged as a sector with strong hiring outlook.

What's the outlook for the next few quarters? Which are the hot sectors? And why?
Employers expect a positive hiring in the coming months. Concentration of hiring will be based on quality hiring than quantity by many companies. With e-commerce industry booming, recruitment in the sector will be strong during the latter half of the year.

Has there been a trend of rationalisation in replacement hires?
Companies have reduced replacement hiring. Given the economic slowdown, a lot of companies are taking a much closer look at replacement hiring. There is an increased focus on utilising the talent already available, though not at the cost of compromising the business. At the same time companies are also leveraging the strategy of giving more responsibilities to existing managers as a retention tool.

Do you see more focus on getting women and differently abled on board this year?
Employers have started focusing on attracting, retaining and grooming women to leadership roles. Although women’s participation in workforce has grown significantly, women represent only 36 per cent of the labour force. Many organisations in India have some kind of flexible work options, network groups, mentoring programmes, inclusive policies and also offer leadership development programmes specifically for women.

Indian business organisations and even multinational companies with a substantial presence in India have become increasingly conscious about bringing gender diversity into their senior management. Many companies have started hiring disabled people as part of their human resources policy of being an equal opportunity employer and increasing diversity in the workplace. Some of the reasons for hiring disabled people by companies has ranged from business needs to doing their bit towards corporate social responsibility.

Are we seeing a trend of fewer campus hires? The B schools seem to be reporting fewer placements...
Placement 2013 season has left graduates a bit confused with a reflection that placement is no longer guaranteed even at Top B-schools. Many B- schools are still struggling to place graduates in companies. But this is not the case with the IIMs as reputed institutes have been able to grab best salaries and positions for graduates.

It has also been observed that students from premier B-Schools demand high salaries and tend to quit early. Hence several employers are also going slow on recruitment in top B-Schools and increasing presence in others. Unlike lateral hiring which can be done on an as-needed basis, campus hiring is typically carried out 12 to 18 months before the hire becomes billable. Hence, vendors are looking to increase off campus and lateral hiring.