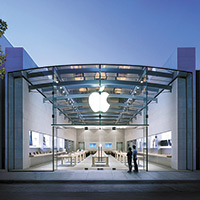 08 November, 2014
Print this article Font size -16+
Apple has acquired headphone maker Beats Electronics and Beats Music subscription service for $3 billion. Beats co-founders Jimmy Iovine and Dr Dre will join the new company. Talking about the deal, Apple CEO Tim Cook said music was an important part of life. “That is why we have kept investing in music and are bringing together these extraordinary teams so we can continue to create the most innovative music products and services in the world.” In a separate move, Apple has said it will let software developers include virtual currency transactions in applications, paving the way for new forms of money to appear on iPhones and iPads. Apps may facilitate transmission of approved virtual currencies provided they do so in compliance with all state and federal laws for the territories in which the app functions, Apple said.

Stiff Penalty
US authorities are seeking more than $10 billion from BNP Paribas to settle federal and state investigations into the lender’s dealings with sanctioned countries, including Sudan and Iran. A final deal between BNP Paribas and the US is probably weeks away, said a person who asked not to be identified. The settlement amount has escalated; the bank said in April that it might need to pay far more than the $1.1 billion it had already set aside for the case. Prosecutors are also pressuring the bank to plead guilty to moving funds for clients in violation of sanctions against Sudan, Iran and Cuba, said the person. The settlement could be the largest criminal penalty in the US, eclipsing BP’s $4 billion accord with the Justice Department last year. If the settlement were to go through, it would make the French bank the first to be penalised for doing business with sanctioned countries since President Barack Obama took office.

Moving Out
Fidelity Investments Contrafund, the largest mutual fund investor in Yahoo, cut its stake in the Internet media company by 41 per cent during the first four months of 2014, according to the fund’s latest disclosure. On the other hand, the investment firm has joined the race to lead Uber Technologies’ new financing, valuing the San Francisco-based online car booking service provider at around $17 billion. Other investors were keen on investing in the startup, and the terms of the funding could change, said people familiar with the matter. The mutual fund’s biggest stake is in Google, a Yahoo rival. Contrafund owned around $7.4 billion worth of Google stock at the end of April, constituting nearly 7 per cent of its total holdings.

Costly Energy
More than $48 trillion must be invested by 2035 to meet global energy needs as current technologies go offline and demand rises in emerging nations, said the International Energy Agency in a report. The report warns that the expansion of the global gas market, thanks largely to the improvements in unconventional extraction methods, will not reduce prices significantly due to high transportation and infrastructure costs. The Paris-based body predicts that $2 trillion per year will need to be invested by 2035, a rise of $400 billion from 2013, while annual spending on energy efficiency will have to increase to $550 billion. This amounts to a cumulative global investment bill of more than $48 trillion, consisting of around $40 trillion in energy supply, it explains.

Beauty Foray
Swiss food group Nestle stepped up its foray into the fast-growing skincare market, buying the rights to several treatments for facial lines and wrinkles from Valeant Pharmaceuticals for $1.4 billion. The group signalled its ambitions in skincare in February by taking over the Galderma dermatology venture. The move gives Nestle the North American rights to some products taken on in that deal, boosting its control of the brands and avoiding the situation with KitKat, to which rival Hershey owns the rights in the US. For Quebec-based Valeant, the cash deal clears a potential antitrust hurdle to its proposed $49-billion takeover of US rival Allergan, which makes Botox.

Job Cuts
Barclays, the UK’s second-biggest lender by assets, will start cutting hundreds of jobs across its investment bank soon, people with knowledge of the matter said. About 100 jobs will go in Asia, and reductions will also be made at Barclays’s markets and investment banking units in London and New York. The cuts in Asia-Pacific amount to about 5 per cent of the lender’s investment bank staff in the region. The eliminations are part of the 7,000 jobs that the bank will cut by 2016, CEO Antony Jenkins said.

Cross-border Cover
Dai-ichi Life Insurance, Japan’s second largest life insurer, is in talks to buy Protective Life for about $4.9 billion, said people with knowledge of the matter. An agreement between the Japanese insurer and the Birmingham, Alabama-based Protective Life may be reached soon. Dai-ichi Life said it is considering buying a US insurer and ways to fund the acquisition, including an IPO, adding that no decision has been made as yet. The deal, if realised, will be the largest takeover of an overseas firm by a Japanese life insurer.

Fear Factor
Chinese government agencies, including the People’s Bank of China and the Ministry of Finance, are asking banks to remove IBM servers and replace them with a local brand as part of a trial programme, say sources. The government is reviewing whether domestic banks’ reliance on high-end servers from IBM compromises the nation’s financial security.

Net Policing
Google services in China faced blockades as the government tightened Internet controls ahead of the anniversary of the Tiananmen Square crackdown. To prevent the dissemination of information related to the event, Chinese censorship authorities blocked most Google services in China, including search, Gmail and Google Translate. The development came amid large-scale detentions of protesters and crackdowns on the use of instant message applications, including Tencent’s WeChat.

All Clear
New tests conducted by Malaysian authorities found that chocolate bars made by British confectioner Cadbury do not contain pig DNA, contrary to a previous finding, the country’s Islamic affairs agency said. Cadbury withdrew two varieties of its chocolate snacks from sale in Muslim majority Malaysia recently, after government tests found traces of pork in them, leading some Islamic groups to call for a boycott of all its products.