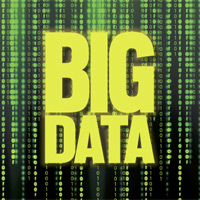 08 November, 2014
Print this article Font size -16+
In 2009, when the H1N1 pandemic broke out, the US government wanted to transport medicines to parts of the country most likely to be impacted by the flu. But how? Enter Google. In their book Big Data, authors Viktor Mayer Schonberger and Kenneth Cukier chronicle how Google crunched unstructured data (text, video and images) to predict the likely spread. “In total, 450 million different mathematical models were processed in order to test the search terms and their predictions compared against actual flu cases from the Centers for Disease Control and Prevention in 2007-08,” says the book.

That’s the power of Big Data . But that’s just one way in which it can be useful. As individuals, governments and organisations increasingly transact digitally and store data from sources as diverse as bank transactions, telecom calls, credit card usage, social media posts, retail sales, factory and machine output, to name a few, it’s a problem of plenty. According to a 2013 Mckinsey Global Institute study, the world will churn out 5 zettabytes (1 zettabyte = 4 billion terabytes) of fresh digital data in 2014 alone and this is expected to hit 35 zetabytes by 2020. This, along with the fact that storage costs have dropped sharply, ensures that a lot of the enormous quantities of data generated today is stored — which was not possible in the analogue days. Again, it was not possible earlier to analyse enormous data sets, even if someone managed to store all the analogue data at a single location. But with Big Data, this gargantuan problem is easily tackled.

BW’s cover story in March 2013 had captured this enormous growth in Big Data and the challenges it continued to pose for the nascent industry. The package in the current issue takes that journey forward by answering the question: How to make sense of Big Data? According to the McKinsey Global Institute, Big Data refers to data sets whose size is beyond the ability of typical database software tools to capture, store, manage and analyse.

Corporates around the world are beginning to use Big Data for competitive advantage: to enhance their business, reduce costs, anticipate breakdowns and predict consumer and buying behaviour. The good news is that India is early to the party as far as this global technology phenomenon is concerned and is most likely to ride the tide for many years to come. A 2012 joint study by the IBM Institute for Business Value and Saïd Business School, University of Oxford, says: “A higher-than-average percentage of respondents in Latin America, India, South-east Asia and ANZ reported realising a competitive advantage.” Read about how companies are making sense of Big Data in this package.

Meanwhile, purists are still arguing over exactly what kind of an animal Big Data is. Data scientists would like it to be ‘analytics’. Technologists, however, prefer to call it ‘artificial intelligence’ to  crunch ‘unstructured data’, while some people just call it ‘storage of noisy data’ to be crunched into meaningful rows and columns. “This is what Big Data is — vertical and domain-specific, yet having the ability to perform a horizontal function to store and manage volumes of data,” says Navneet Kapoor, CEO, Target India.

With device proliferation, and the consistent rise in mobility over the past five years, companies have had to marry their business objectives with technology tools and analytics providers for better revenues and profits. According to Gartner Worldwide, IT spending is projected to total $3.8 trillion in 2014, a 3.1 per cent increase from 2013. Spending on devices contracted 1.2 per cent in 2013, but will grow 4.3 per cent in 2014. Gartner says convergence of the PC, ultra-mobile (including tablets) and mobile phone segments, as well as erosion of margins, will take place as differentiation will soon be based primarily on price instead of devices’ orientation to specific tasks.

“Investment is coming from exploiting analytics to make B2C processes more efficient and improve customer marketing efforts. Investment will also be aligned to B2B analytics, particularly in the supply chain management space, where annual spending is expected to grow 10.6 per cent in 2014,” says Richard Gordon, managing vice-president at Gartner. “The focus is on enhancing the customer experience throughout the pre-sale, sale and post-sale processes.” The world of Big Data is here to stay even though the size of the global market for this nascent business opportunity in 2015 will only be $25 billion. But IDC forecasts it will hit $100 billion by 2020.
break-page-break
The Evolution
A decade ago, 70 per cent of the data was dumped by corporations because storage costs were extremely high due to proprietary hardware and software. But with the explosion of open source technologies, which dropped hardware and software costs, businesses are now looking at using data in newer ways. So, instead of dumping data every quarter, they are looking at trends of the past and correlating them with their current and future objectives. Business leaders now want information on the go and have moved beyond hard-selling to intelligent selling. They have evolved to the point where they are demanding real time analysis of data to react instantly to situations. Such is the need of business that, on the one hand, there is a whole new ecosystem of startups to crunch data to find meaningful insights. On the other, there are units on the infrastructure side that help companies store more data intelligently.

Crayon Data, Capillary Technologies and CloudByte are some of the startups in India which have moved early to capitalise on the Big Data opportunity. While the barrier to technology implementation in a business is low today, there is still a lot of noise in large corporations about what is to be done with all the legacy technology that has been built up. A large company, say with revenues of Rs 1,000 crore, spends 3 per cent on IT every year. Strangely, it spends 70 per cent of that budget on managing legacy infrastructure and software. Analytics companies are trying to persuade such firms to make the shift from proprietory systems to open source systems and the cloud. “Data analytics cannot be running on a consultant or systems integrator business model. Today, insightful data helps businesses solve focused problems,” says Dhiraj Rajaram, CEO and founder, Mu Sigma, an analytics service provider.

This also helped a number of large independent software vendors build their businesses around cloud-hosted services, storage and analytics for large clients. That leads us to the real question: how has Big Data changed the world? “BigData allows companies to work with all the data that machines are producing in factories and we can plan the entire operation based on the learnings from businesses downstream,” says K.R. Sanjiv, senior vice-president and global head, Analytics and Information Management, Wipro.

Agreeing that Big Data is transformational is Vikram Duvvoori, corporate vice-president, HCL Technologies. “Big Data has to be about using predictive analytics for granular specific questions,” says Duvvoori.  He adds that Big Data is also part of the bigger solution; businesses need guidance and should not be approached from only an applications and analytics perspective.

Like it or not, there is an explosion of data in our country. Data will be generated by every business. Apart from that there will be 300 million smartphones in India in four years, at which point businesses will have to be aligned to using unstructured data to understand customers. Matching consumer data sets with machine-generated data sets will need fresh thinking and this is the promise of Big Data — to understand the world of business in real time.

Besides an in-depth cover story, this special package includes a power-packed panel discussion on why Big Data matters and how it is transforming businesses. We also have Kumar Ramamurthy, vice-president, global practice head and chief technologist, DW BI/Information Management Practice, Virtusa Corporation, who gives the ecosystem provider’s perspective. Not to forget two pages on the world of Big Data in numbers.