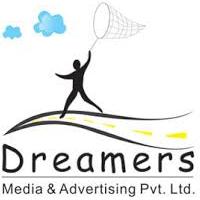 08 November, 2014
Print this article Font size -16+
Do you want to drive a billboard? Early this week, a Pune-based media and advertising company — Dreamers — launched a concept in major metros like Delhi and Mumbai, that promised potential car buyers a deal that sounded like a dream. A chosen set of customers, 15,000 of them around the country, would be picked by Dreamers to buy the car of their choice in the bracket of Rs 2.5 lakh to Rs 6 lakh. The customer will have to make the initial down payment and the car will be registered in his name. Dreamers will then proceed to pay the customers their EMI expenses for the next three years.

What’s the deal for the company in this exercise? The car owner has to let out the side panels of his cars as advertising space to the company and the company will recover what it spends as EMI through advertising revenues. By March 2014, Dreamers plans to put out 15,000 cars on Indian roads and add one lakh more cars through this exercise by March 2015. The company claims that it’s being flooded with enquiries by eager customers — 1,500 of those enquiries from the NCR alone — who want to jump on to the driver's seat with a deal that sounds perfect for the bargain hunters.

But think of the flip side. To keep his contract with the company, customers have to keep their car running for 1,500 kms a month if you live in a big city like Mumbai and Delhi and about 1,000-1,200 kms if you come from a smaller town. That means, with current fuel charges, a car owner could end up spending anything between Rs 9,000 and 12,000 per month depending on the car you drive. Of course, consumers cannot keep the car idle as there will be a GPS device installed in their cars to keep track of their movements.

Next is the economics for the company to keep their business going. They will have to pay customers EMIs of at least Rs 4,300 on a seven-year loan or a maximum of Rs 8,200 (three-year tenure) for a car costing Rs 2.5 lakh. That would mean that the company would need revenues upwards of Rs 45 crore in the current financial year itself to break even while the service starts in September 2013. The bigger the car, the higher goes the break-even point. For instance, a Rs 6- lakh car would attract an EMI of Rs 10,000 (seven year loan) to Rs 19,700 (three year loan). Of course, Dreamers also has to contend with competition from fleet cab chains like Meru and TAB Cabs that are hunting for ads to supplement their revenues.

But Sunis Mohamed, CEO, Dreamers, is confident that a growth in spend of advertisers in the Rs 1,800-crore 'Out Of Home' (OOH) space is good enough to keep them in business. Independent reports like the Pitch Madison Media Advertising Outlook for 2013, however, indicate that the outdoor medium (which this advertising innovation will be a part of) is going through “bitter sweet” times, with a projected growth rate of just 4.3 per cent in 2013. Dreamers may hope for beginners' luck to work, but not every innovator has succeeded in the OOH space. Some years back, a South India-based company launched the idea of televising ads at the point of sale by installing television sets behind the shop counters. The novelty wore off. Again, the screens installed outside elevators, where consumers get a glance of ads while waiting for the lift have not become hot property either.

But one thing is for sure. The idea gives the premise of consumers as brand ambassadors, a new twist altogether.