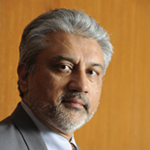 When HRD Minister Kapil Sibal dispensed with his charming smile and apologized to placard-waving legislators because a school book reproduced a 1949 cartoon depicting Dr Ambedkar astride a snail and being horse-whipped by Nehru to speed up the constitution writing process, we waived it off dismissively as the shenanigans of attention deficit politicians.  But when Professor Ambikesh Mahapatra found himself in police custody because he circulated a cartoon suggesting that Mamata Banerjee plotted in Satyajit Ray movie style to "vanish" former nominee railway minister Dinesh Trivedi, the paranoid humourlessness of India's current political classes was just a little harder to see. The difference perhaps was in the blatant misuse of Section 66A(b) of the Information Technology Act to put a harmless academic in jail for cracking a joke.

Is it true we have no sense of humour? Anyone who has watched the spectacle of Archana Puran Singh or Navjot Singh Siddhu falling about helplessly slapping the judges table in uncontrolled glee at the worst form of lame duck parody on national TV would not need convincing. Long after Laurel and Hardy went out of fashion, we still find it funny when a man slips on a banana peel and breaks his hip. Much of the time, we don't even know who the joke is on. When BBC Top Gear's Jeremy Clarkson ran through India in December 2011 reviewing his cars as he joked about Indian food, loos and trains, we saw it not as him admitting his inability to adapt to our environment but as an affront to our country. It didn't strike us that fitting a potty into the boot of a Jaguar is a self-deprecating joke about the dodgy stomachs of Brits in India. Is the Delhi Belly a joke on vulnerable foreigners, or on the seat of India's government? Does it help or hurt that the Jaguar is an "Indian" car?

Take another example. In January 2012, US talk show host Jay Leno took a potshot at republican senator Mitt Romney by suggesting that he had so much money he could live in the Golden Temple in Amritsar. It didn't strike us that Leno may have been suggesting that Romney was so rich he thought he was God. We were not delighted Leno suggested that Harmandar Sahib is the world's most opulent building. Leno could as easily have used a photo of Versailles. Absurdly, I can see us being equally upset if Harmandar Sahib's name didn't figure in every list of the world's prettiest buildings. Heads you lose I'm pissed off, tails I win I'm pissed off.

The Leno outrage is especially hard to understand because the Sikh community is probably the most self-deprecating in India. It could be the religious thing though. Obviously, there are religious things the Sikhs will joke about and other things they will not. This is true of most communities. Humour is undoubtedly an elusive animal and very culture and context specific. There are hosts of subtle distinctions here, not readily apparent to those who have not been inducted into the intuitive side of cultural sensitivity. If you haven't lived the reality, you don't know where the line is. But then, you may ask: if we know that the guy making the joke doesn't understand where the line is, why can't we wave it off as poor taste and poorer judgment?

The reason we can't see it is the reason that someone who has everything is still paranoidly defensive. When Shirish Kunder's tweeted "I just heard a 150 crore firework fizzle" on the commercial failure of the movie Ra One, the actor Shah Rukh Khan reacted with violence. This was not about good or bad humour, or having a sense of humour: it was about being hostile aggressive. The truth is we Indians are exactly how we appear in our Hindi movies: neurotic, insecure, hyper-sensitive and emotional. The subject of humour or lack of it is not even in the same frame.

What is in the same frame though is the thin line between emotional inadequacy and criminality. When we react to a joke about our work, our life or our country with violence, we have crossed the line into criminality. That the police don't want to make a case out of every slap that finds a cheek in India is neither here nor there. Violence is criminal, whether it's a slap to a face or a knife to the gut. It's equally criminal to illegally deprive a college professor of his personal liberty because you don't like his joke. So, as I go back and examine the diabolical diatribes of Didi, I think that the danger in this intolerance is more than another side show in the eternal Indian politicaltamasha. I sure as hell am not laughing about the absurdity of perhaps India's most cultured state being ruled by itsnot most cultured citizen. I think we have a serious crisis here which we need to address as a nation. It comes in two parts.

Part A of this crisis is our propensity to resort to violence when we get laughed at. This is a law and order situation and we need to treat it as such. If self-restraint is what we want, tut tutting the whole thing off dismissively is not the approach of choice. Retribution works, for those with something to lose anyway.  Part B of this crisis is the existence of laws that are designed to abuse basic individual liberty. Section 66A(b) of the Information Technology Act which put Mahapatra in jeopardy is a very good example. It allows the state to jail people for three years simply for electronically sending "any information which he knows to be false, but for the purpose of causing annoyance, inconvenience, danger, obstruction, insult, injury, criminal intimidation, enmity, hatred or ill will." Every joke, parody, farce, wit, humour and lampoon is at some level false even though at another philosophical level, it may reveal a great truth. If you allow such laws to be applied, every philosophical insight you don't get in a joke is a crime and every halfwit too slow to get it is a complainant.

Consider the impact of this law in the context of religious matters. Most opinions we have on the nature of the spiritual world could well be false. Most certainly, they cannot be proven to be true to a legal standard. Even the Sangh parivar doesn't make that claim. As I recall, the Babri Masjid argument was predicated on faith, not historic data. From a purely legal standpoint, if you send me a pious do goody email with a divine reference, as a practicing agnostic, I am entitled to be experience annoyance, inconvenience, insult or ill will in which case, please prepare to occupy Raja's just vacated cell. Conversely, if I send you an email premised on an agnostic world view, you are entitled to be annoyed and it will be my turn in the slammer. So too a Christian mail in Hindu hands, et al.This is not a law any liberal society can justify or defend.Any which way I look at it, if we are going to keep laws like this on our statute books, we are going to end up like those half past dead near cadaverous citizens in totalitarian societies who can't smile without fearfully wondering about the legal and political implication of doing so.

(The author is managing partner of the Gurgaon-based corporate law firm N South and author of the pioneering business book Winning Legal Wars. He can be contacted at [email protected])