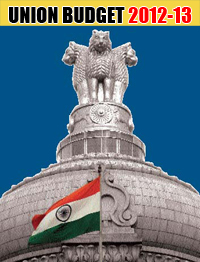 These new provisions would have ramifications across industries which benefit from the said preferential tax policies such as SEZ units, infrastructure developers or operators, telecom services, industrial park developers, power generation or transmission etc. Apart from this, business conglomerates having significant intra-group dealing would be largely impacted.

Apparently, the applicability of TP provisions to domestic transactions would augment the spirit of the Indian TP Regulations which were originally designed to prevent cross border tax base erosion by multinational enterprises. It is noted that the policy of broadening the ambit of TP provisions to domestic transactions is globally ubiquitous with most countries incorporating similar provisions in their domestic law, with certain exceptions like China, Japan and  Australia.

It is worthwhile to note that the aforesaid domestic transactions always required passing the test of "fair market value" to avoid misuse of the law. However, in the absence of specific guidelines for computation of such fair market value of goods and services, much was left to the discretion of both taxpayers and Revenue, thus leading to litigation. The Supreme Court Ruling of GlaxoSmithKline dealt on this issue and recommended to the Ministry of Finance that appropriate legal provisions ought to be introduced.

The risk of tax arbitrage abuse by opportune taxpayers may arise due to presence of accumulated losses or differential tax rates. This risk is amplified in view of the increased tax stimulus provided in recent years to entities operating in special economic zones, infrastructure sector or economically backward areas. The new domestic TP provisions would have significant anti-abuse effects to redress any such non-arm's length pricing of domestic transactions.

In what appears to be a silver lining for affected taxpayers, the said TP provisions would help taxpayers formalize their product pricing methods and also enable legitimate tax cost management (TCM) opportunities. It would be possible for such taxpayers to utilize TP concepts and methodologies (such as risk -reward planning, benchmark driven pricing, supply chain re-engineering, location planning study, etc.) for both commercial gains and TCM purposes.

At the same time, affected taxpayers have to design their domestic TP policies based on sound commercial substance and business rationale while maintaining robust documentation to pass any scrutiny of the Revenue. Furthermore, it would be expected that the augmentation of the TP regime would result in an increased pragmatism of the Revenue in setting of arm's length price rather than creating increased litigation and disputes already plaguing India.