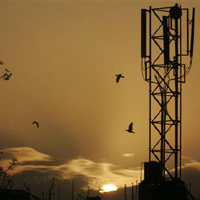 08 November, 2014
Print this article Font size -16+
In response to 276 queries raised by the telecom industry on spectrum auction slated for next month, DoT has made about 24 changes in various terms that includes a rule which may make radiowaves costlier.

The changes are also expected to facilitate faster roll out of 4G technology networks.

As per the notice issued for the auction, slated for February 3, telecom firms were required to provide information regarding any new technology they wanted to deploy one year before starting trials. This did not cover 2G (GSM and CDMA) or 3G technologies.

The new clause now reads that the company acquiring spectrum in the forthcoming auction "shall provide details of the technology proposed to be deployed for operation...within one month of obtaining the license, if the technology happens to be other than GSM/WCDMA (3G)/LTE (4G)".

The new amendments will also put more load on bidders compared to the previous auction.

The reserve price of radiowaves is expected to increase in the forthcoming bidding rounds by 1 per cent for 'excess demand' in case of every additional megahertz companies bid for beyond the quantum put up for the bidding.

In the earlier auctions, the increase in base price was linked to excess demand for every 1.25 Mhz spectrum.

DoT also clarified that there will be no need for telecom operators like Uninor, Videocon, Sistema Shyam Teleservices, which had won spectrum bids in November 2012 and March 2013, to again submit performance bank guarantee.

As per the rule, PBG in prescribed format shall be submitted for Rs 35 crore by the 'New Entrant' and Rs 21 crore by 'Existing Licensee' per service area for a minimum period of six years before signing the licence agreement.

The government is expecting a minimum of Rs 11,300 crore from the upcoming spectrum auction. It has set a revenue target of Rs 40,874.50 crore for this fiscal year from the auction, including auction amount, one-time spectrum charge and annual regular licence fee.

DoT has also clarified to companies that the spectrum can't be mortgaged at present to raise funds but it will work to modify tri-partite agreement TPA that was signed with banks to facilitate funding for upcoming auction.

"TPA shall be modified. At present, spectrum cannot be Mortgaged. No further change required," DoT said.

TPA in November 2012 and March 2013 auction had allowed companies to raise fund by mortgaging radiowaves.

DoT Seeks Compliance From Telcos On Tracking Users
The Department of Telecom has asked mobile phone operators to submit compliance report on the accuracy level that they were asked to achieve for tracking location of subscribers.

"Compliance report from Telecom Service Providers, except Tata Teleservices Ltd, is awaited. TSPs are requested to submit compliance for the same," DoT said in a circular dated December 30, 2013.

Government had amended licence conditions of telecom service providers in May 2011 and asked them to provide location details of users as part of call data records.

According to the target set by DoT, law enforcement agencies should be able to track 30 per cent of mobile users in urban areas within 50 metres of the location pointed out by a telecom operator.

Operators were also mandated to provide location details of 50 per cent of subscribers within 300 metres in semi-urban and rural areas of Jammu and Kashmir, Assam and other north eastern states.

DoT has repeatedly asked for compliance reports but telecom companies have not submitted them.

In August, DoT had again asked for the report but even after four months the operators, except TTSL, are yet to submit their report.