Digital: The Road Must Taken 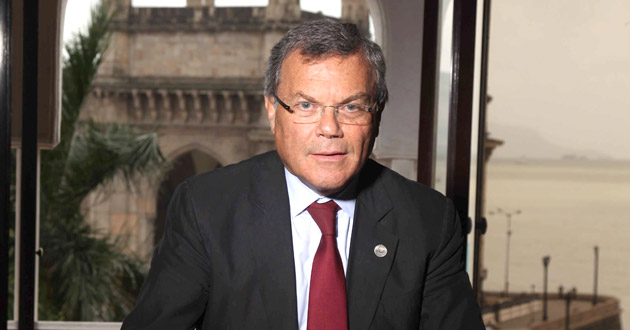 08 November, 2014
Print this article Font size -16+
Guru of advertising and media Martin Sorrell told a Mumbai audience on Monday (18 August) that the way forward was the digital road, and those who ignored the changing times and stuck to their ‘legacy and traditional businesses’ did so at their own peril. The chairman of the $16-billion WPP media group said his companies had ‘zero’ revenue from digital platforms in 2000; today, digital accounts for 36 per cent “and we are aiming for 40-45,” he said.

Speaking to BW|Businessworld  on the sidelines of the advertising conclave, Sorrell said India was no exception to the march of digital media, even though currently traditional platforms like print and TV were dominant. When it was pointed out that surveys had shown that both print readership and ad revenues had actually grown in India over the last couple of years, Sorrell dismissed it as a temporary phenomenon and said the rise of digital media may be slow, but it was coming. “Do your children read newspapers?” he asked rhetorically.

During the conclave, Sorrell’s position on digital media was strongly challenged by senior adman and Madison World’s chairman Sam Balsara. “You foreigners advocate a focus on digital in India when 88 per cent of the advertising is accounted for by print and TV platforms. In international markets, the average spend on digital is 20 per cent of ad budgets; in India it is less than 8 percent. How do you justify your position?” Balsara asked.

The WPP chief, whose empire includes agencies such as JWT, Ogilvy & Mather (O&M) and Grey, preferred to take a long view. “Digital media may be small today, but that is the way the world is going; it may not be 2020 in India, but it will be some time soon,” he told Balsara and others who questioned his position.

In the main conclave, organised by International Advertisers Association ( IAA) in a conversation format between Sorrell and Times Now editor-in-chief Arnab Goswami, the WPP chairman quoted US data to prove his point. “Besides the tragedy of felling trees which is not a good thing, print media has to face the fact that today US magazines and newspapers only account for 6 per cent of media consumption, whereas the time spent on the Internet is 25 per cent.” Even TV, which is still ahead and hogs the bulk of advertising revenue, had dropped from 45 per cent of consumer time to 38 per cent, he said.

The conclave was also a lesson on how to handle pesky anchors. For once, Arnab Goswami had met his match. Beginning the session, Goswami said Sorrell had advocated that ‘anarchy’ was the force driving the growth of media, and that the way out of the anarchy was the era of ‘data’. In the battle in the advertising world between ‘God and King’ and ‘Art Piece versus Data’ or ‘Content versus Intuition’, how could Sorrell justify an overwhelming emphasis on ‘Data’?

Sorrell disputed all of Goswami’s assumptions, and turned the table on the anchor for putting words in his mouth. “Where did you get ‘anarchy’ from? I have used the word just once in the last 2 years,” he told Goswami. “I use ‘disruption’ or ‘dismediation’ to illustrate the change from legacy media to the digital age,” he added.

Sorrell also strongly denied he had ever pitched for ‘Data’ being the King. In the advertising world, it was not content versus intuition of art versus data. Sorrell said it was not one against the other; it was both. He did concede that data had a bigger role to play. “New media is more scientific and more data driven. Maybe the pendulum has gone down the quantitative side; but so far we had been on the artist’s side. We have to draw a balance between the two,” he explained.
The sparring between the two continued with Arnab Goswami asking what Sorrell thought of TAM Media, and with Sorrell answering with a dead pan expression stating that he thought “it was a wonderful company”.

For the uninitiated, TAM Media is a 50:50 JV in India between A C Nielson and WPP’s Kantar Media, and is embroiled in legal disputes with both government and broadcasters over the robustness of its TV audience measurement figures. The broadcasters want a new body Broadcasters Audience Research Council (BARC) to replace the functions of TAM.

Arnab persisted. “India has 1.2 billion people and you have a few thousand people meters. Aren’t you falling short?” To which, Sorrell said it was an unfair question. “If the industry wants an upgrade, they have to pay for it,” he said. He was also categorical that only one of them – TAM Media or BARC would survive; and that would be decided by the market.

The WPP chief made it clear he was no greenhorn in India with WPP and its subsidiaries firmly entrenched. “We have a $499-million business in India, and we are growing at 10 percent every year,” he said.