Jagatsinghpur (Odisha) [India], December 25 (ANI): Union Minister of Petroleum and Natural Gas, Dharmendra Pradhan on Friday, unveiled a statue of former Prime Minister Atal Bihari Vajpayee at Odisha's Jagatsinghpur.
Speaking to ANI, the minister said, "Vajpayee Ji toured Odisha when super cyclone had hit the state in 1999. He had ensured all help to the state, thus setting an example of good governance."
The Union Minister also tweeted about the same while hailing the former Prime Minister for his commitment to champion development in Odisha.
"Unveiled a statue of Shraddhey Atal Bihari Vajpayee ji at Japa, Jagatsinghpur on his 96th birth anniversary. An outstanding leader, Atal ji's contributions to our nation's progress, especially his commitment for championing development in Odisha was unparalleled," he wrote on Twitter. 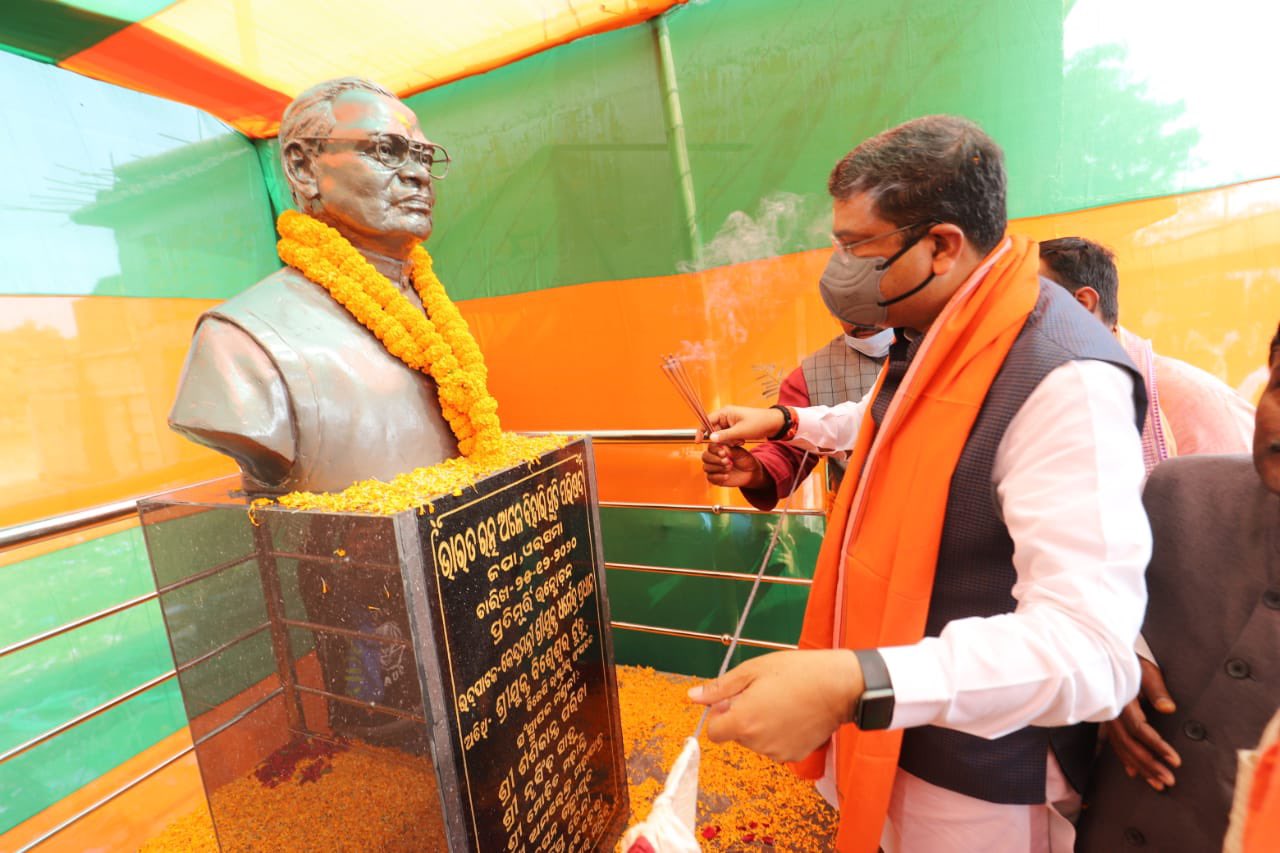 Vajpayee's birthday is celebrated as the 'Good Governance Day'.
The late leader, who led the National Democratic Alliance (NDA) government from 1998-2004, was the first-ever leader from the BJP to have become the nation's Prime Minister. Vajpayee served as Prime Minister thrice -- briefly in 1996, and then for two terms between 1998 and 2004.
One of the prominent leaders of the country and founder members of the Bharatiya Janata Party, Vajpayee died on August 16, 2018, at the All India Institute of Medical Sciences (AIIMS) after a prolonged illness. He was 93.
The late leader was conferred Bharat Ratna in 2015. He had also been awarded Pt. Govind Ballabh Pant Award for Best Parliamentarian in 1994. (ANI)