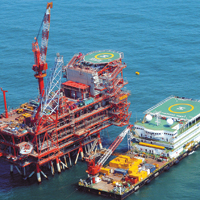 Even though it was always a bitter, head-to-head battle of nerves, the latest flash between Ambani brothers, Mukesh and Anil, has set a new trend in fighting over the minutiae in the multi-billion dollar stakes.

The two split a Rs 100,000-crore empire; battling over a gas find worth Rs 2,11,500 crore; and, are lobbying against each others' high-stakes business interests. But on 22 September, sparks flew over an amount as low as Rs 12 lakh when Mukesh Ambani-controlled Reliance Industries (RIL) suspended gas supply from RIL's KG Basin-6 fields to 220 MW Samalkot power project in Andhra Pradesh owned by Anil Ambani's Reliance Infrastructure.

The clash was triggered by a letter from Anil-owned Reliance Infrastructure on Tuesday, refusing to pay a marketing fee of $0.13 per British thermal unit of gas. The dispute is over just one month's marketing margin. ADAG's relied on a letter sent by petroleum ministry to power ministry dated 11 August which said, "Government has not... fixed or approved the quantum of marketing margin for sale of natural gas by any contractor." Clearly, with the battlefield techniques morphing into such details, a public fatigue is setting in around this dispute.