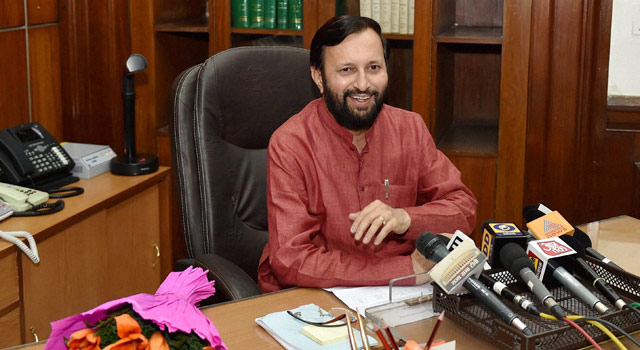 Javadekar made the remarks in a video message at the BW|Businessworld Real 500 Companies & Top PSU Awards ceremony at The Shangri-La Hotel in New Delhi on Thursday evening.

The minister said significant steps have been taken to increase the ease of doing business in the country.

Javadekar said under the previous government, getting environmental clearances was a "nightmare" for companies.

"The biggest change has happened in our department of environment and forestry. What a khaufnak (fear-inducing) ministry it used to be. So many 'no-go' boards were put up that people started asking 'jaye to jaye to kahan' (where do we go). Indian companies were investing more outside India than the net flow of FDI during the last five years," he said.

Linear projects such as roads and canals in forest areas now receive automatic approval, the minister said, insisting that development and the environment's protection can go hand in hand.

"My slogan is always development without destruction," he said, urging industries to avoid being "reckless".

"We will provide you the ease of doing business, you guarantee us that you will not do business as usual, but business with more sensibility," he said.

Javadekar said environmental approvals involving an area below 40 hectares of land can be dealt in the regional office in the state where the project is located.

He said after Modi became prime minister, many companies have revived their projects drawn up earlier.

A number of prominent industry experts participated in the panel discussions on "Deciphering Modi Government's Reforms Agenda" and "The Roadmap to Growth and Corporate Profitability".