New Delhi [India], February 1 (ANI): The air quality of the national capital continued to remain in the 'very poor' category on Monday, which is likely to worsen in the coming days.
According to the System of Air Quality and Weather Forecasting And Research (SAFAR), the AQI of Delhi today stood at 331.
An AQI between 0-50 is marked good, 51-100 is satisfactory, 101- 200 is moderate, 201- 300 is poor, 301-400 is very poor and 401-500 is considered severe.
The concentration of PM10 particles stood at 300 while PM 2.5 at 160 today, as per the SAFAR reported today.
SAFAR on its Sunday forecast said, "The overall Delhi air quality will be in the Very Poor category. Surface winds will be low and southwesterly in direction; it will slow down during the next three days. AQI is likely to deteriorate middle-end of Very Poor category for tomorrow and further deteriorate on February 2 towards the high end of the Very Poor category. AQI may touch Severe category on a few locations on February 3."
People are advised to avoid all outdoor physical activities and move to indoor activities. If anyone is suffering from asthma, they should keep relief medicine handy, as per the SAFAR advisory.
The report also added that the AQI is likely to stay in the very poor category till Tuesday and expected to touch the 'severe' category on February 3.
"The minimum temperature in Delhi dipped down to 3 degrees Celsius and the maximum temperature is expected to touch 26 degrees Celsius," the Regional Meteorological Department of Delhi stated in its daily report.
Areas near Lodhi Road recorded a minimum temperature of 3 degrees Celsius today morning, while areas near Palam recorded a minimum of 6.4 degrees Celsius.
Meanwhile, the visibility in Modaradab and Muzaffarpur reduced as a dense layer of fog engulfs the cities today. 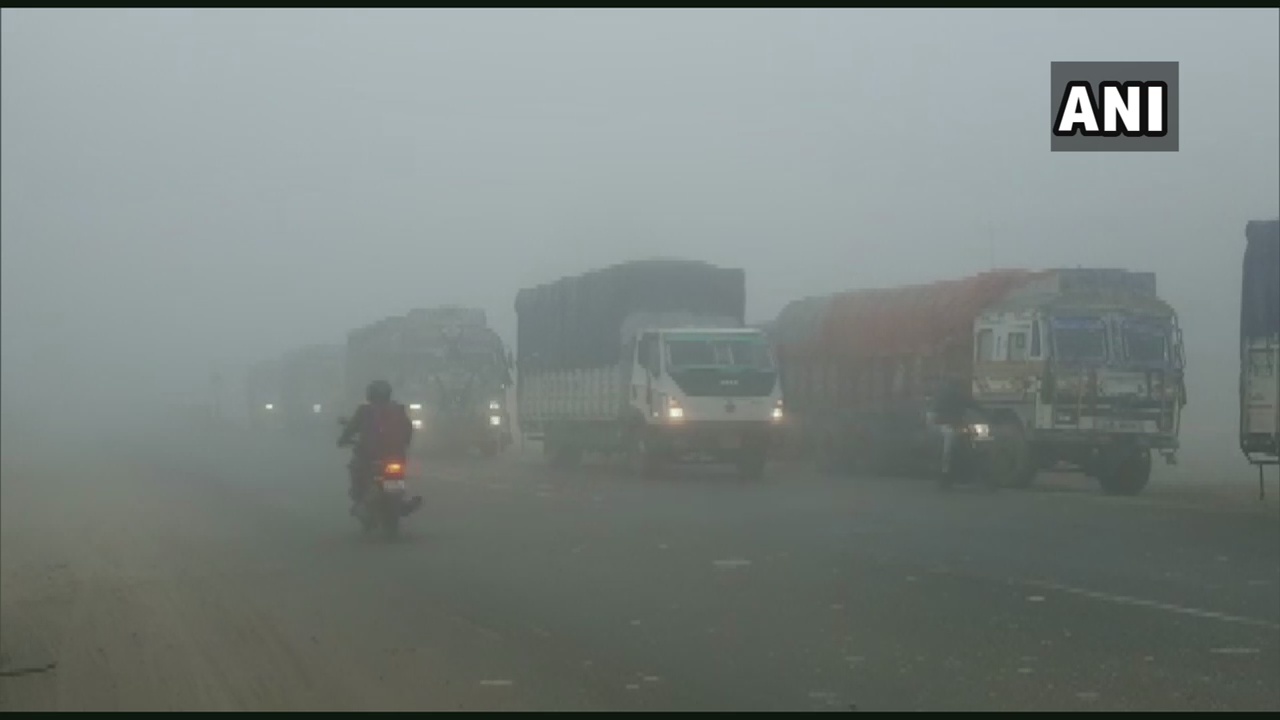 The vehicles were seen passing through the National Highway-28 near Bhagwanpur. The current temperature in Muzaffarpur 9.91 degree Celsius, as per an Indian Meteorological Department (IMD) report. (ANI)