New Delhi [India], January 14 (ANI): Delhi government has relieved teachers from field duties related to the prevention of avian influenza (bird flu) in the national Capital.
Delhi's Deputy Chief Minister Manish Sisodia on Thursday said teachers will not be deployed on inspection duty regarding bird flu.
"It has been brought to my notice that teachers are being deployed by some of the District Magistrates in field duties related to the enforcement of notification to prevent the ingress of bird flu in the national capital," the letter reads. 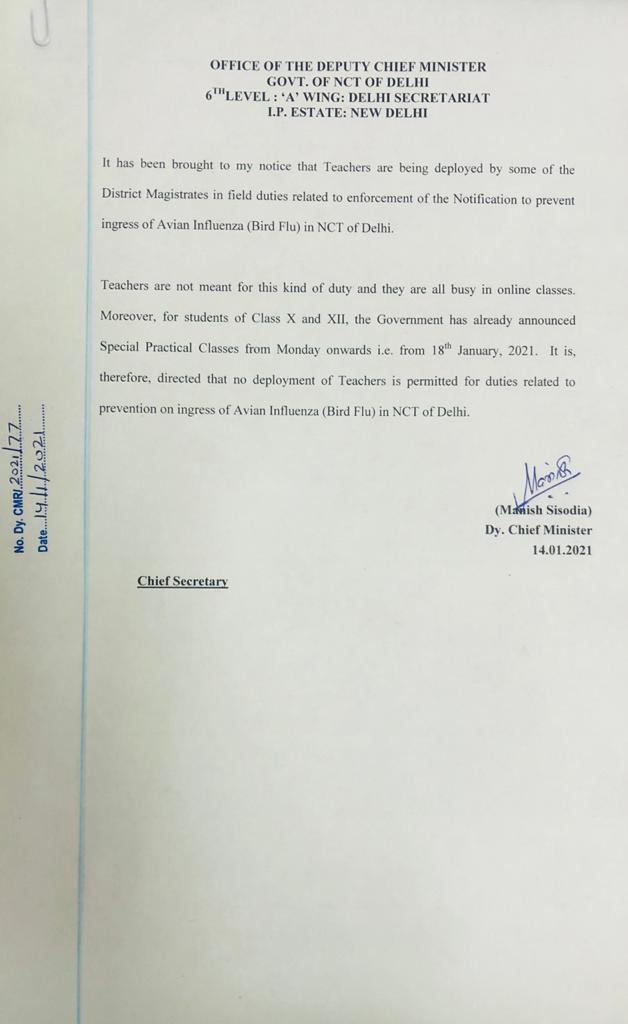 If further said, "Teachers are not meant for this kind of duty and they are busy in online classes."
The development took place following complaints that teachers were asked to undertake random inspections at markets and other places to see whether guidelines are being followed amid the bird flu scare.
"Received complaints from few districts about teachers being deployed on inspection duty in view of bird flu. Following instructions from the chief minister, teachers have been relieved from this duty. DM's have been instructed to not put teachers on such duty without prior permission," Sisodia tweeted.
Avian influenza, a viral infection caused the deaths of thousands of birds across the country raising a concern especially in Gujarat, Haryana, Madhya Pradesh, Himachal Pradesh, Rajasthan, and Kerala. (ANI)