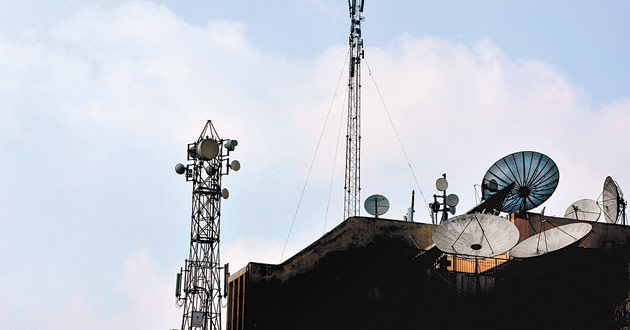 08 November, 2014
Print this article Font size -16+
For years now, the Indian telecom industry has been waiting for the launch of high-speed telecom services by Mukesh Ambani’s Reliance Jio Infocomm (RJio). That wait still continues, even four years after the company acquired 20MHz of spectrum in the 2300 MHz band by buying out Infotel Broadband Services — which paid Rs 12,848 crore for it during the spectrum auctions in mid-2010. But now, US-based investment banker Morgan Stanley has simply dismissed its potential to be a threat to the Indian telecommunications industry.

In a hard hitting 13-page note, Morgan Stanley states that it does not expect RJio to be disruptive to the Indian telecom space, but would be more of a market expander. Further, it argues that TDD LTE (the technology adopted by RJio to offer high speed services) can be mass deployed only if the operator has an incumbency advantage, which RJio does not. Therefore, it expects RJio to have only an 11 per cent share of  India’s wireless revenues by end of FY2018. That would leave it way behind current market leaders Bharti Airtel (which Morgan Stanley  expects to retain 28 per cent), Vodafone (24 per cent) and Idea Cellular (17 per cent) and be just one percentage point ahead of Anil Ambani’s Reliance Communications (10 per cent).

So what is the problem that RJio faces? For starters, there are only a limited number of devices that work on TDD LTE in the 2300MHz band. That is because there is only one large telecom operator outside India that operates in the same band--China Mobile. However, it already has a 70 per cent market share in 2G and 50 per cent in 3G. China Mobile now plans a $100 billion capital expenditure during 2013-15, so that it enables its 4G network to cover 75 per cent of the population.

China Mobile has launched services on the 2600MHz band and the 2300MHz band.

In the February 2014 spectrum auctions, RJio acquired 78.8MHz of spectrum in the 1800MHz band in 14 telecom circles.  The advantage that the 1800MHz band ofers is that there is a well-defined ecosystem in the band for LTE. Since spectrum is now liberalized, RJio can also provide LTE services on this band.

It remains to be seen by when RJio will launch services. Under the agreement that it signed with the Department of Telecommunications, it is bound to provide coverage using the spectrum in at least 90 per cent of the service area within five years of the effective date that ends in end May 2015. It’s clearly testing times for RJio.
— Anup Jayaram