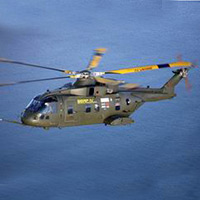 08 November, 2014
Print this article Font size -16+
India's recent decision to put on hold all deals with Italian defence firm Finmeccannica may be eased, with Attorney General Mukul Rohatgi advising against blanket blacklisting as it could have adverse impact on the country's defence preparedness.

Finmeccannica, the parent company of AgustaWestland, is facing a CBI probe in the VVIP chopper scam and the Defence Ministry recently put on hold all deals with it in the wake of charges of kickbacks in the deal.

The Defence Ministry had sought the opinion of AG on whether the company should be blacklisted in view of the corruption charges, highly-placed sources said.

In his opinion, the AG has cautioned against blacklisting Finmeccanica, arguing that it could hurt the process of acquisition and preparedness.

The decision will not have any effect on the ongoing CBI probe against the firm and it will continue, they said.

It has been felt that blacklisting or putting on hold business with firms facing CBI probes ultimately affects the operational preparedness of the armed forces only as it limits the options available with them for procurements, they said.

Such a decision also affects the serviceability of the equipment that is already in service as spares and tools cannot be bought from them due to blacklisting or other restrictions, the sources said.

After the temporary ban is eased, the ministry is planning to take up defence deals worth around Rs 15,000 crore which had been deferred in the past due to Finemccannica linkages, in the meeting of the Defence Acquisition Council, Ministry sources said.

Finmeccannica is the parent firm of AgustaWestland, whose Rs 3,600 crore deal to supply 12 VVIP choppers has been cancelled due to allegations of corruption and breach of pre-contract obligations by the previous UPA government.

The Defence Ministry had put on hold all defence deals with Finmeccanica after the scam broke last year and the AG has now said that that is likely to hit the modernisation of armed forces in a big way as the group companies are involved in defence projects worth over Rs 30,000 crore.

The ministry had also asked the departments under it to stop any kind of dealings with the firms named in the VVIP chopper scam FIR, including AgustaWestland, IDS Tunisia, IDS Mauritius, IDS Infotech, Mohali, and Aeromatrix Solution Ltd, Chandigarh.

The government has also deferred a Rs 6,000-crore 16 helicopter deal for the Navy in which one of the two companies is linked to Finmeccanica along with a deal to equip the under-construction Scorpene submarines with the WASS torpedos.

In a recent decision, the Ministry had allowed the armed forces to continue procurements from the British firm Rolls Royce, which is facing a CBI probe for allegations of involving agents and payment of commissions to get deals from the state-run HAL.