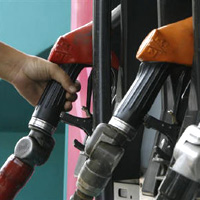 08 November, 2014
Print this article Font size -16+
The government will take a decision on raising diesel and cooking fuel prices along with increasing number of subsidised LPG cylinders for households "as quickly as possible," Oil Minister M Veerappa Moily said on 11 January 2013.

The ruling UPA's political leadership is holding consultations on options like raising diesel and LPG prices to cut an unprecedented Rs 160,000 crore revenue loss expected from selling auto and cooking fuel below cost this fiscal.

"Decision will be taken as quickly as possible," Moily said when asked about the impending fuel price hike.

He refused to be drawn into what his ministry was proposing or when and at what forum would such a decision be taken.

"When decision is taken, you will be the first to know," he said.

The Ministry's proposal to the Cabinet Committee on Political Affairs, the body empowered to take a decision on fuel prices, was based on recommendation of the Vijay Kelkar Committee, which was appointed by the Finance Ministry to suggest a roadmap for fiscal consolidation.

"Recommendation is the Kelkar Committee are under serious consideration," Moily said.

When repeatedly asked if his ministry has moved a Cabinet note for raising fuel prices, he said the Kelkar Committee recommendations "are under serious consideration."

The panel had recommended an immediate hike in price of diesel by Rs 4 per litre, of kerosene by Rs 2 a litre and of LPG by Rs 50 per cylinder. Thereafter, it suggested raising rates on a monthly basis till the revenue losses are wiped off.

Sources said that since the Finance Ministry has refused to bear additional subsidy arising from raising on supply of subsidised cooking gas cylinders for households to nine a year from the current cap of six, the Oil Ministry has proposed to make up for the shortfall by raising prices.

It has proposed to raise LPG rates by Rs 100 per 14.2-kg cylinder in two instalments to make up for a fifth of the Rs 490.50 per bottle loss being incurred currently.

The ministry has proposed quarterly increases of Rs 50 per cylinder from April till the entire losses are wiped-off.

From April, it wanted Re 1 a litre increase every month till such time that the current loss of Rs 10.16 is wiped out.

Sources said the ministry has also proposed raising kerosene price by 35 paise a litre per month or Re 1 a litre per quarter till March 2015.

According to ministry estimates, raising the cap to nine subsidised cylinders would lower savings to Rs 2,500 crore per annum, compared to the savings of Rs 12,000 crore estimated when six cylinders are issued at subsidised rates and the rest sold at market price.

Subsidised LPG costs Rs 410.50 per 14.2-kg cylinder and any household requirement beyond current cap of 6 cylinders is to be bought at near market price of Rs 895.50 per bottle.