Debate: Getting Real On Realty 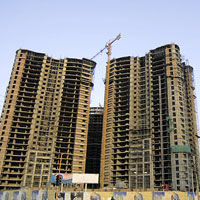 08 November, 2014
Print this article Font size -16+
The Union Cabinet, on Tuesday, 4 June '2013, cleared the much-awaited Real Estate (Regulation and Development) Bill, which seeks to redress the shortcomings in the private residential housing sector by setting up a regulatory authority. It has invited tremendous opposition from the real estate industry. BW|Businessworld's Ankita Ramgopal gets a builder, a buyer and an analyst to debate the merits of the Bill.

As a developer there are still several problems that need to be tackled. The Bill has made little difference to us. If I take the buyer’s perspective, the Bill is trying to make life simpler. But, for clarity on the super built up area v/s the carpet area, we already are required to submit a declaration deed which has these details, so I don’t understand how it will be different now. If we’re made to sell on carpet areas, the price will simply go up since the common areas which are accounted for in super built up area have to be charged to someone. The developer is not going to pay out of his own pocket.

When talking about the stringent measures on delays prescribed by the Bill, the government is taking no responsibility of their own in case of infrastructure development. How am I, as a developer, supposed to build a project when there are no roads, no sewage facilities etc. How does the government expect the developers to take all the responsibility? Also, several times the delays that happen in most projects are caused by the multiple approvals that are needed from government officials. There should be single-window which is created for all clearances and approvals.

Having said that, there are some positives steps in the Bill that will prevent fly-by-night developers from fleecing customers. It is important that funds for a project are channelised in the right direction and not wasted away in other projects, because that only causes delays. But, now, my only concern is that with the regulator in place, will we be facing one more level of bureaucracy. For the developer, will it mean more approvals that we need to take?
Read Also: For Home Buyers Or For Votes
Read Also: What It Means For The Home Buyer
BUYER: 'Sceptical But Ready To Welcome The Bill'
Abhay Upadhyay, president of KWIC Buyers' Welfare Association

Upadhyay has been fighting against the delay in the Kolkata West International City (KWIC) project located in the Howrah district of West Bengal. He says: “Since I have been a part of the buyer’s welfare association which has been protesting for a project which has been delayed for 5 years now, I feel a regulator is essential. Right now the market has absolutely no regulations, which is why buyers like us are getting fleeced. In our situation, the agreement was such that compensation for the delay would be provided as soon as the project is handed over. Since the project has not been handed over, we have not received a single rupee. So now, if the penalties which are prescribed by the Bill are enforced in the right manner, I’m sure it will be helpful for similar such cases in the future.

"While I am a bit skeptical about how effective the regulator will be, if it is passed, I think something is better than nothing. I know the developer will argue that there is a delay in projects because of delay in clearances, but as a consumer I am not interested in the excuses. So, as a consumer, I welcome the Real Estate Bill.”

This is a Bill that was much required by the Industry, but the form in which it has come is extremely stringent. The concern now is that it shouldn’t become a roadblock for better development rather than a push for it. There are both positives and negatives. The Bill states that residential units will now be sold on ‘carpet area’ rather than ‘super built-up area’. This is an extremely helpful move for the buyer, because it will expel all the ambiguity associated with the ‘super built-up area’ which leaves buyers in a blind spot since it is extremely confusing for them to ascertain the built up area of a plot. The super built up area of each development is determined differently so it is very project specific. The carpet area is the habitable area inside the walls of a development and it is easy to define it.

In terms of delayed projects, they happen for two reasons. One issue is when the funds for a particular project are diverted for other land projects, it gets tied up and therefore the delays happen. This has been taken care of by the Bill with the clause which states that 70 per cent of the funds will have to be deposited in an account and the developer cannot use it for other projects. This will definitely be a step up. However the second reason why delays happen is of no fault of the developers, but rather the laxity on the part of government officials. The delay in approvals and certification often delay the entire project. So while these reforms are helpful, we still need reforms on approvals.

Also, the Bill will weed out a lot of fraudulent brokers and discourage the malpractices that are prevalent in the industry. However, it is important to realise that the top-notch developers of the country already follow most of the practices like the one that ensures the developer’s responsibility for a building deficiency for up to one year. They provide repair free of cost. So I would conclude by saying that the Bill will clean up about 80 per cent of the industry which does not follow these practices.
Tags assigned to this article:
exclusive to web consumer real estate othertop2 ankita ramgopal real estate bill builder analyst harinder dhillon abhay upadhyay mayank saksena