Davos Diary: Gearing Up Against Graft 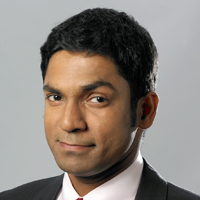 05 February, 2015
Print this article Font size -16+
The anti corruption activity of WEF continues to grow stronger. The Partnering Against Corruption Initiative (PACI) of WEF is expanding the list of global CEOs who will be champions of transparency. "Since 2011, members of the B20 working groups have consolidated the priorities of business leadership into a compelling and far-reaching anti-corruption agenda, but there is a need to move from recommendations to implementation,” said David Seaton, Chairman and Chief Executive Officer of Fluor Corporation and Chair of the PACI Vanguard. “It is our hope that a global challenge initiative focused on the implementation of these recommendations creates the enabling environment for key stakeholders to drive action and impact on a much broader scale.”

At a dinner session, PACI members took up the issue of illicit financial flows. Global cooperation is strengthening to curb the flow of funds emerging from corrupt activities. Many members though admit that it will take persistent effort to make safe havens unsafe. The PACI Vanguard comprises a group of CEOs from the more than 100 leading companies that are PACI members. Since its inception in 2014, the Vanguard has been moving toward the implementation of a global anti-corruption agenda largely informed by the B20 and G20 anti-corruption efforts.

Indian Champion Of Africa
Sunil Mittal Has emerged as a champion representative of Africa. He spoke eloquently about the importance and experience of doing business in the continent. He dismissed the perceived worries about Ebola and Boko Haram. He said that African countries were coping well and would be able to emerge strong from the crisis. "India also had its share of health and terror crisis but investment continued. I think the western media tends to be over sensitive to such problems. These are only in a few pockets while many regions are great for investment," he said. Mittal promised to continue investing one billion dollars annually in Airtel operations in African markets. "I think the weakened get currency and lack of adequate infrastructure is a neither challenge than Ebola and terrorism," he said to great applause.

European Blues
Davos reflects a the prevalent mood of business and political leaders especially from Europe. Last year, the general outlook was positive for Europe. India and emerging markets were seen with a disappointment. This year the mood is opposite. Europe is deeply shaken by events inside and outside. The Russian influence on Ukraine raised a spectre of serious conflict within Europe. Then the attacks in Paris revealed the vulnerability within. Between these two developments Europe is terrified of the potential consequences. After economic issues, Europe,has to contend with social and sovereign challenges. Investors though are keenly looking at improving opportunities in India and Africa. Swiss president Simonetta Sommaruga said, "Globalisation has caused vague sense of uncertainty in Europe. How far will the balance share of power shift away from Europe. That's the questions being asked by citizens."

Barons Aplenty
Indian barons are busy with current and potential clients. Prakash Hinduja hosted his annual vegetarian lunch for global CEOs and ministers. Cyrus Mistry; Azim Premji; Lakshmi Mittal; Shyam and Hari Bhartia; Adi Godrej and Rahul Bajaj were in great form and ebullient about the reclaimed brand India. This helps them market India as an investment destination. There is near unanimity among them that India and China will lead the growth not just for BRICS but the rest of the world.

Make In India Everywhere
The make in India campaign seems to have caught the fancy of many other countries. While the campaign makes its presence felt through a few billboards and ads on buses, many eminent delegates already know about it. A minister from Tanzania was so impressed with the brain child of Prime Minister Narendra Modi that he wants his country to emulate it. The minister wants to ensure that all foreign investors also Make In Tanzania. In another session, the chairman of Illy Coffee of Italy expressed a similar sentiment. He wants to create an emphasis on Make in Italy too.
Three Levels Of Davos
Davos is hosting more than 40 heads of state and close to a 1000 CEOs. The veterans have figured out the three tracks that play out at Davos. The first is at the head of state level. These public figures hold their own bilaterals with several peers and CEOs of global corporations. They catch up with eminent social, academic and technology leaders too in a very collegial atmosphere. The second track of activity are the sessions inside the congress centres. Apart from the plenary sessions, at any given time there are 4-5 parallel sessions to choose from. These include workshops, panels and interactive sessions with domain experts. The third track is the receptions, cocktails, dinners and night caps that are on every evening. Countries and companies host these as part of their branding exercise. Countries position themselves as investment destinations while companies use this to meet their global clients. The country parties thrown by Russia, Japan, Mexico tend to be most popular. Indian companies like Tech Mahindra, TCS, Infosys lead the way in hosting receptions.

India In Limelight Again
India is clawing its way back into limelight and is now demanding attention at the world's most prominent meeting of business and political leaders. A business delegation of more than 100 CEOs are at Davos to connect with the rest of the world. The mood is palpably positive as most CEOs are speaking highly of the policy initiatives of the Modi government. This is quite a turnaround from the previous years when CEOs and industry heads were busy meeting ministers and potential partners from other countries to expand investment opportunities outside India. Now the India market looks as positive even to domestic players.

Royal Treatment
The turnaround in mood is reflected in the attention being given to India's ministerial delegation. Finance Minister Arun Jaitley is leading the team accompanied by Power Minister Piyush Goyal, Chief Minister of Andhra Pradesh Chandrababu Naidu and Devendra Fadnavis of Mahararshtra. Mr Goyal told me that it was important to explain the concept of 'Make in India' to foreign investors. "There is a lot of curiosity and we have to provide a detailed explanation to remove any misunderstanding," he said. Arun Jaitley was supposed to meet over 120 potential investors. The demand for attending this closed door meet was double the capacity of the hall. This is remarkable since last year the organisers had to scale down a similar meeting with the then Finance Minister P Chidambaram since very investors were keen on India. This time Jaitley is being given protocol equal to a head of state.

States of Happiness
While Chandrababu Naidu is not new to global business mets, Devendra Fadnavis is enjoying the attention he is receiving. He is giving an eager ear to domestic investors whose projects are lagging. He realises that delayed projects can't be a great advertisement of this state. The fall in Mumbai reputation will make it tougher for him to sell Maharashtra as an investment destination. Chandrababu Naidu has an easier task since he has a proven track record. He told a few investors that he wants to focus on agriculture, education and happiness for his state. He doesn't want to repeat the previous mistake of not allowing all citizens to benefit from economic development.