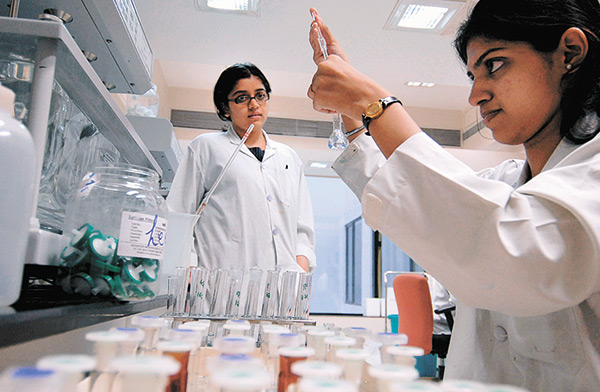 21 April, 2015
Print this article Font size -16+
Japanese drug major  Daiichi Sankyo  will divest its stake in Sun Pharmaceuticals. A company statement said Daiichi will sell entire or part of its 8.93 per cent holding in Sun in the stock market. Daiichi had just concluded the merger of its subsidiary Ranbaxy with Sun.

Mumbai-headquartered Sun Pharma agreed to buy Indian rival Ranbaxy Laboratories Ltd for $3.2 billion in April 2014 from Daiichi Sankyo. As part of the deal, Daiichi Sankyo got 8.9 percent stake in Sun Pharma.
Daiichi Sankyo said on Monday in an exchange filing that the company's board had approved to sell all or part of its stake in Sun Pharma. The existing business partnership with Sun Pharma will remain unchanged after the deal, it said.
Hours before the announcement, Sun Pharma shares rose as much as 2.8 per cent to hit its intraday high of Rs 1066.4 on the Bombay Stock Exchange on Monday (20 April). The stock ended flat at Rs 1044.1
Daiichi stated that it decided to sell Sun Pharma shares "from the perspective of the improvement of corporate value".  After the sale, Daiichi Sankyo will not be a major shareholder of Sun Pharma. However, the existing business partnership with Sun Pharma will remain unchanged.
Dilip Shanghvi led promoter family owns 54.7 per cent in Sun Pharmaceuticals.
Daiichi Sankyo will make an announcement concerning the effect of any gain or loss on the sale of Sun Pharma shares when results of operations for the fiscal year ending in March 2015 are announced.
Tags assigned to this article:
top 1 web exclusives daiichi sankyo sun pharma