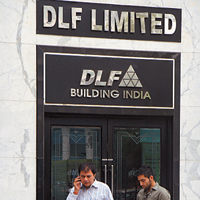 "In the current economic and high interest rate environment, the company expects a slow absorption of product in the market," DLF said in a statement to the exchange.

On 30 October, Oberoi Realty, India's second-largest developer by market value, posted a 48 per cent fall in net profit for the September quarter - its worst quarterly profit decline in nearly two years - hit by a drop in sales.