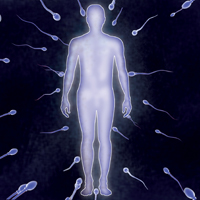 Some technologies show great promise but never quite arrive. Take stem cell therapy. Doctors and researchers know in their bones that it is going to rewrite medical practice sometime in the future. But, for a decade, it has remained just a possibility, seemingly not realisable during most of our lifetimes.

Recent research, however, hints that stem cell therapy is not that far from reality. Early this week, scientists at the Georgetown University in Washington, DC, announced at a medical conference in Philadelphia that they have developed a method to treat Type I diabetes in men with stem cells from the testes. They used what is known as spermatogonial (human) stem cells, converted them through a bit of coaxing into insulin-producing islet cells, and then transplanted them into diabetic mice. These cells produced insulin for a week and lowered glucose levels in the mice. The scientists have also reported that it is possible to make the stem cells function for longer durations.

Type I diabetes is caused when the immune system, in a fit of absent-mindedness, treats the islet cells as intruders and destroys them. This is quite different from Type II diabetes, which is caused by resistance to insulin. Type I diabetes is treated with insulin, and patients are usually able to lead normal lives. However, sometimes this method of treatment does not work and, in such cases, researchers have tried to use islet cells from cadavers. A major drawback in this method is that patients who receive such transplants have to be on immune suppressant drugs for the rest of their lives.

Stem cell therapy could prove to be a promising line of treatment for such patients, but current techniques are far from perfect. Researchers have tackled Type I diabetes in mice by using pluripotent adult stem cells, which are normal cells converted into stem cells through genetic engineering. But genes that are inserted during this engineering often go to the wrong place and produce cancer. Not a therapy for human beings yet.

The spermatogonial stem cell method has an advantage here as it does not require genetic engineering because these cells automatically convert themselves into stem cells. Also, since the cells are derived from the patient's body, there is no need to take immunosuppressants. However, the method has its limitations still, not the least of which is that it can be used only in males. We should see some progress within a few years.

Meanwhile, two months ago, the Silicon Valley-based Geron Corporation began human clinical trials using human embryonic stem cells. The purpose of the trials initially is to judge the safety of the method. Geron uses embryonic stem cells derived from embryos destroyed after fertility treatment. Geron has the expertise to take these stem cells and convert them into seven specific types of tissues — neural cells, heart cells, islets, and liver cells, among others.
Geron has done preclinical studies and found the method to be generally safe, not toxic or inducing allergic reactions, apart from not having many other problems associated with stem cell therapy.

The method is now undergoing multicentric clinical trials on patients suffering from spinal cord injuries that are seven-14 days old. They are given immunosuppressants initially, but the drugs are withdrawn after 46 days. The patients are then to be monitored for 15 years. Signs of improvement, if the method works, are expected to manifest within one year. Doctors would watch keenly for any movement or sensation in these patients. So would millions of other people around the world.