The culture jammers force brands out of their comfort zone and branding managers are finding it harder than ever to control the terms of this monstrous brandenstein. 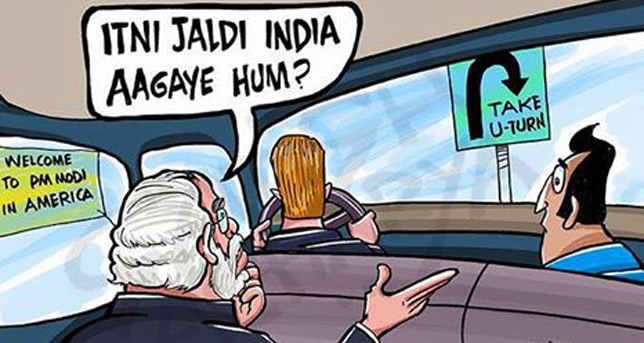 Over the past half a decade, culture jamming has emerged as a highly influential tool for creation of a brand's doppelganger image. Brand, a term coined in earlier centuries to differentiate livestocks by hot iron stamping, has now evolved into branding of products, services, people, commodities etc. Marketing and branding gurus have given the world umpteen branding strategies and philosophies. David Ogilvy, the doyen, described brand as "the intangible sum of a product's attributes." Agencies and consultants developed their own branding philosophies, for instance J Walter Thompson better known as JWT, projected "Thompson Total Branding" tool, which helped companies to build strong powerful brands.

But little was it known that these big brands will encroach on consumer's daily lives and become brand bullies. The big brands through their marketing muscle power,  buy their way into public spaces. They even believe, and arrogantly at that, that their branding messages must be passively accepted as a one-way information flow. These brands would make emotional claims like Khushion ki home delivery (Dominos), Khushion ki chabbi (Tata Nano), Open Happiness (Coca Cola), to develop emotional story-driven approaches. In this case, they leverage the happiness proposition taglines, thus furthering meaningful & resonating connects between consumers and brands. The usage of this concept (Happiness) by these brands has been highly admired by advertisers as they have been successful in creating the right kind of brand recall.

However, there is a risk in running emotional branding strategies; since they expose firms to a particular type of cultural backlash known as the "Doppelganger brand image- that is, a family of disparaging images and stories about a brand that are circulated in popular culture by a loosely organized network of consumers, anti-brand activists, bloggers, and opinion leaders in the news and entertainment media."

So what is "Culture Jamming?"
The most powerful tool to create this monstrous doppelganger image or Brandenstein is known as 'Culture Jamming". The Oxford dictionary defines culture jamming as, "The practice of criticizing and subverting advertising and consumerism in the mass media, by methods such as producing advertisements parodying those of global brands."  The term culture jamming was framed in 1984 by the US band Negativland; it was designed to expose patently dubious political assumptions behind the commercial culture.

According to Naomi Klein the author of the bestseller book, "No logo", "The most sophisticated culture jams are not stand-alone ad parodies but interceptions-counter-messages that hack into a corporation's own method of communication to send a message starkly at odds with the one that was intended."

Culture Jamming - 2.0
The resurgence of culture jamming has much to do with social media and new software technologies that have made both the creation and the viral propagation of brand message parodies immensely easier. Culture jamming has been benefitted by technological advancements, with software programs like Photoshop now enabling culture jammers to match the original precisely. 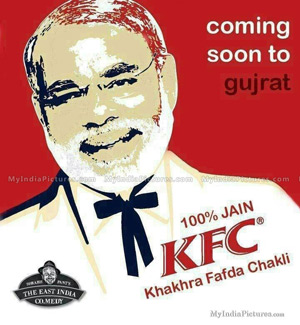 Take an example of facebook, large group of users create, upload and share 'user generated content' in order to mimic or distort original brand messages. Even as Alia Bhatt 'laughs it off' on the Twitter and facebook jokes about her, which started when she confused the Chief Minister of Maharashtra with the President of India in "koffee with Karan" talk show. Since then there were Twitter trolls and facebook pages coming up with many such Alia-Is-So-Dumb jokes. Today, a single negative tweet or facebook post could be a serious threat and may damage a brand's imagery in the market place.

Empowered by social media channels the consumers are defining their own perspective on brand messages, a view that's often at odds with the brand image and therefore is tilting the balance of power from supplier to buyer. Well before the anti-Nike campaign began to gain ground, CEO Phil Knight presciently observed that "there's a flip side to the emotions we generate and the tremendous well of emotions we live off of. Somehow, emotions imply their opposites and at the level we operate, the reaction is much more than a passing thought."

So should most big brand names rush to sue for alleged trademark violations and take culture jammers to court for parodying brand messages or raise issues in parliament like Ms Jaya Bachchan on stopping RJs from mimicking, cracking jokes on parliamentarians. Or reverse counter la Alia Bhatt way, bringing out "Genius of the Year" video, a flip strategy which has silenced her critiques and has garnered more than 1.6 million views in a day.

The culture jammers force brands out of their comfort zone and branding managers are finding it harder than ever to control the terms of this monstrous brandenstein.

Can brands ignore and laugh it off or develop an alternative branding strategy, to counter the rise of this modern cultural phenomenon of branding?