Cue To A Shakeout 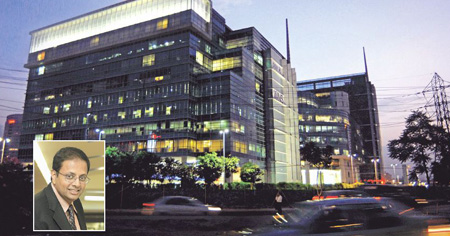 Neeraj Bhargava’s recent departure from WNS Global Services, which is listed at the New York Stock Exchange, is not another routine BPO head honcho exit. It is probably the cue for Warburg Pincus, the private equity (PE) firm that owns 50.1 per cent of WNS, to sell its stake quickly and move on too. Warburg had brought in founder-CEO Bhargava in May 2002 when it bought British Airways’s captive in Mumbai to create WNS. Its exit, most likely in favour of a strategic buyer, promises to kick off the most significant era of consolidation for Indian BPOs (see ‘Deals In Play’).

WNS, whose net revenue was $386.6 million as of 31 March 2009, belongs to a distinct group of pure-play Indian BPO firms that have defined the industry for nearly a decade. Peers include Genpact, EXL Service, Firstsource Solutions, Intelenet Global and 24/7 Customer. Backed by financial investors, usually PE firms, these players are now at a crossroad with the Indian BPO industry facing new and tougher challenges. To remain relevant and dominant in the next decade, one may now have to prey on the other.
Consolidation led by mergers and acquisitions is not new to this industry. In 2004, IT outsourcing giant IBM acquired Gurgaon-based startup Daksh eServices for $150 million and set the ball rolling on more such deals. Acquisitions of captive back-offices owned by multinationals have been a regular feature. WNS recently acquired UK insurer Aviva’s captive here for $230 million. Domestic players have also frequently gone abroad to buy small and mid-sized BPO outfits to add to their skills or bring on board customers. But consolidation of the scale that the potential WNS sell-off could set in motion has not happened yet.
Mumbai’s investment banking and private equity circles talk of at least three large deals, involving top-rung Indian BPO firms, currently being in play. WNS itself is silent on the on-and-off stake sale plans by Warburg Pincus. Last September, the PE investor called off plans to sell when bidders did not meet its valuation demands. It, reportedly, wanted at least $18 a share while most bidders offered $11-13 a share. The bidders included, say reports, Genpact and PE buyouts giant Blackstone Group. At $18 a share, Warburg’s stake would be valued at about $400 million. Warburg did not respond to emailed queries from BW on the proposed stake sale. Anup Gupta, chief operating officer at WNS, said in an emailed response: “We cannot comment on the intentions of our investors.”
Under Stress
Pure-play BPO companies have been under pressure for some time due to a number of factors. To begin with, the global BPO market has changed significantly in the past 12-18 months. The total value of BPO contracts awarded in 2009 declined 38 per cent to $18.5 billion, against $29.8 billion in 2008, says global outsourcing advisory firm Technology Partners International (TPI). Users of BPO services, chiefly corporations in the US and Europe, have not just cut back spends but also want more for less. Chief among their demands are more diversity in delivery locations and cheaper rates. “Flexibility will be the key to winning contracts in the next 18 months,” says Siddharth Pai, partner and managing director at TPI India. Incidentally, none of the pure-play BPO firms figure among the top 10 contract winners in 2009.
This means that players such as WNS are under pressure to deliver from nearshore locations (close to the customers) as well as offshore locations (India). Being an India-centric service provider is no longer a big draw. WNS, like some of its peers, has tried to address this by setting up delivery centres in locations such as Romania and Costa Rica. But non-India centres account for just nine of its total 21 delivery centres. “We continue to expand our global delivery footprint and this has been identified as a key strategic driver,” says Gupta. The onus of pushing through the strategy now falls on former Syntel honcho Keshav Murugesh who replaced Neeraj Bhargava this week.
The pricing challenge is tougher to crack. Despite all the talk about transaction-based pricing, well over 50 per cent of BPO contracts are still priced on a per FTE (full-time employee) basis. This means that BPO companies have an incentive to increase the number of people working in a particular process. WNS claims that 35 per cent of its revenues come from unit transaction pricing.  “Post-recession, there has been intense pressure to cut down on rates,” says Susir Kumar, CEO of Blackstone-backed BPO Intelenet Global. The company has partly tried to address the problem by offering reduced rates in lieu of longer contract periods.
Click here to view enlarged image
Given these factors, scale and diversity will separate the big boys from the others. “The more widely your capabilities are spread, the better off you are. So you need to have offshore, onshore and multiple language capabilities as well as breadth and depth of services,” says Kumar, who declined to comment on whether WNS would be a good fit for Intelenet if Blackstone acquires Warburg’s stake.
Another looming challenge to the pure plays is the growing presence of IT services companies in the BPO space. Cognizant Technology Solutions and Infosys Technologies were among the top 10 global BPO contract winners in 2009, according to TPI. These companies have deep pockets and a diversified global delivery network, and could soon pose a serious threat to players such as WNS.
Therefore, not surprisingly, Genpact has emerged as one of the most aggressive bidders for WNS as it struggles with its own growth issues (see our cover story on page 40). It may well be in WNS’s interest to be acquired quickly by one of its peers and present a more formidable front to the new market realities. In fact, this could be the imperative for any pure-play Indian BPO firm that has a nervous PE investor looking for an exit before valuations falter further.
snigdha dot sengupta at abp dot in
(This story was published in Businessworld Issue Dated 15-02-2010)
Tags assigned to this article:
magazine snigdha sengupta bpo stock markets wns neeraj bhargava