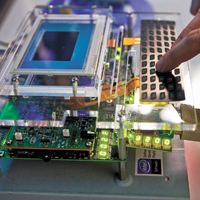 08 November, 2014
Print this article Font size -16+
A few months ago, it seemed that cleantech would be the darling of US venture capitalists for some time. The sector had bounced back and secured several big deals, after dipping for a while during the recession. In the Silicon Valley, cleantech had been driving VC funds for a few years. A significant part of these investments were on supposedly fancy ideas: biofuels using algae, windpower farms up in the skies, solar power firms with unusual technologies; it seemed the VCs were in a race to find the first big success of the cleantech world. It did not quite happen that way.

In the third quarter of the year, when VC investments are usually the highest, invest-ments in the cleantech sector seem to be taking a turn for the worse; they decreased 59 per cent to $625 million compared to the previous quarter.

Here are a few examples. Computer servers are some of the most energy-hungry things on earth. According to research firm IDC, the increasing power demand from servers would necessitate building 10 more gigawatt power plants in the world within a year. A Texas startup, Calxeda, has a way out: develop chips using technology from British firm ARM. The chip architecture of ARM, which powers most cellphones, is extremely energy efficient, but not considered suitable for high-performance computing. It is now being developed for main-stream servers. Calxeda, whose ultra-low power chips should reduce power use in servers to one-tenth, got $48 million from Texas Instru-ments, Battery Ventures, Flybridge Capital Partners and Highland Capital Partners.

In the next few years, home energy consumption is a major target of energy efficiency firms. Opwer, a home energy efficiency startup, got $50 million from Kleiner Perkins and Accel Partners last week. Opwer uses electricity billing data of consumers and matches it with demographics and weather data. It can then provide recommendations to the consumer on how to cut down their energy bill. The company says 85 per cent of its customers reduce their energy bill by 3.5 per cent. This may not seem significant by Indian standards of energy use, but can involve considerable savings in winter.

These are two of the most innovative firms in recent times in the energy-efficiency business. The sector has seen a series of startups, particularly in the Silicon Valley, in a variety of areas. Nlyte Software helps data centres use power, cooling, space and data effectively. Ambiq Micro was recently funded to develop efficient microcontrollers. Coolerado, based in Denver, was funded $7.2 million to develop super-efficient airconditioners. Redwood Systems in Fremont, California, got $15 million to develop LED lighting controllers.

Energy efficiency will be the dominant theme for the cleantech sector this decade, and will be driven primarily by IT. It is an area that will attract Indian companies, although the concept is in its infancy here. Biofuels are a long way from commercially viable. Grid parity for solar energy is in the realm of the possible, but it works well only with subsidies. While we search for the perfect fuel, efficient use of energy is one of our best options. It makes business sense, too.