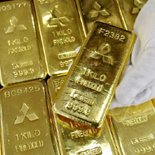 08 November, 2014
Print this article Font size -16+
Global markets extended gains as risk appetite rose as the the Euro zone finance ministers granted aid to Greece curtailing worries of debt concerns amongst investors. Besides, the announcement of a stimulus package by the US Federal Reserve to boost the economic growth also supported an upside in the stock markets. Additionally, favorable data from key nations such as US and China indicated that the economies are on the path of growth trajectory which helped the sentiments to remain encouraging. This resulted in the demand for low yielding currency ie US Dollar Index (DX) to decline. However, the persistent US fiscal issue looms among the market participants overshadowing the positive sentiments.

Spot gold prices fell 1.1 per cent due to budget standoff amongst US lawmakers which is creating worries amongst market participants that if the issue remains unresolved till the end of this year may cause automatic spending cuts and tax hikes throwing the economy back into recession. Pessimistic comment by the Speaker of the House that there are serious differences amongst the US law makers also added to the losses. Prices witnessed selling pressure despite positive sentiments created after Greece received further aid and US Federal Reserve announcing stimulus of $45 billion long term treasuries buying program, after expiration of Operation Twist at the end of this year. In the domestic markets prices gained 0.4 percent due to depreciation in the Indian rupee and touched a high of Rs 31,572/10 gms. Prices remained volatile tracing spot gold prices and movement in rupee.

The base metals pack remained in the positive trajectory and extended gains of the previous fortnight due to favorable economic data from China. Further, aid provided to Greece along with stimulus measures announced by the Federal Reserve supported an upside in the base metals pack.  Positive economic data from China and US showcased that the economies are on the path of recovery.

Copper prices gained 1 per cent higher taking cues from favorable manufacturing data from the China and the US. Weakness in the DX also provided support to the prices of copper. However, rise in the LME inventories of Copper capped gains in the metal prices. In the Indian markets prices gained 2.2 per cent tracking firmness in the international prices. Depreciation in the Indian rupee supported an uptrend in the red metal prices on MCX.

Nymex Crude oil declined 2.5 per cent on account of worries amongst market participants over the fiscal cliff issue of the nation. However, weakness in the DX along with decline in the US stockpiles cushioned fall in the prices.

Outlook
In the coming fortnight, we expect precious and crude oil prices to remain under pressure on account of persistent worries over fiscal cliff issue in the US amongst the market participants, as no resolution has been arrived yet. However, base metals pack might continue to trade on a firm note due to favorable data from the key consuming nations. In the domestic market appreciation of rupee might pressurise non-agri commodities.

Agri Commodities
Agri commodities observed mixed sentiments during the last fortnight on account of good sowing progress of Rabi crops on one hand and declining arrival pressure of kharif crops on the other hand. All India Rabi sowing which was down by almost 2.7 percent till the previous fortnight has gained momentum and is now up by 2.6 percent as on 14th December at 482 lakh hectares. A sharp recovery has been witnessed in the pulses and oilseeds plantings as these segments have given robust returns in 2012 season. However, supplies of many commodities have declined considerable as farmers are not ready to sell their produce at such low levels, while demand continues to remain robust at lower levels.

Oilseeds complex traded on a mixed note with soybean and ref soy oil posting positive returns of 9.2 per cent and 2.8 per cent on account of strong demand for soybean from crushing industry and lower imports edible oil. However, mustard seed and CPO declined 1.7 per cent and 2.6 per cent, respectively. A 3.3 per cent increase in mustard seed planting at 63.6 lakh ha so far was seen pressuring mustard prices during the last fortnight. CPO declined mainly on account of higher stocks of palm oil with Malaysia.

Spices segment remained on the positive with turmeric leading the gainers list posting returns of 14.2 per cent. Turmeric gained on account of expected lower output for the new season that will commence in January. Jeera prices which gained sharply on account of export enquiries, witnessed selling pressure towards the end on account of improved sowing in Gujarat.

Sugar prices gained sharply during the first half of the fortnight as UP government declared hike in cane price for common variety from Rs 240 to Rs 285 per qtl for 2012-13 season. However, prices declined sharply as the industry is estimating 24 mn output for the coming season.

Chana prices extended the losses of the previous fortnight and settled 2.6 per cent lower taking cues from the higher sowing figures mainly in Maharashtra and Karnataka, where acreage is significantly higher compared to last year.  Higher shipments and thereby ease in supplies till the fresh arrivals commence in January were also seen supporting the weak market sentiments.

Outlook
In the coming fortnight, we expect edible oil complex to trade on a positive note except for mustard seed which may remain under downside pressure amid higher sowing. Chana may trade lower initially on account of ease in supplies. However, emergence of fresh demand at lower levels may cushion sharp fall in the prices. Sugar may stay under downside pressure on sufficient supplies while Cotton prices may recover on millers buying in the domestic markets coupled with recovery in the international markets. It is necessary to keep a close watch on sowing progress as well as weather conditions across growing regions as these factors would play a crucial role in determining prices in the coming fortnight.