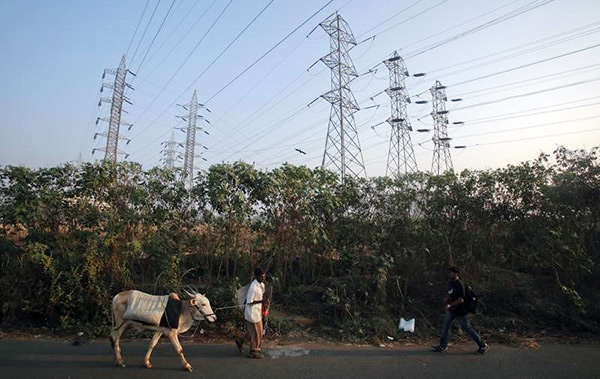 28 July, 2015
Print this article Font size -16+
There is a serious crisis looming over the power sector in the country. It is a crisis of tariff, of bankrupt state owned distribution companies being unable to pay for power or even to sign new power purchase agreements. In turn, this threatens the financial viability of new power projects with a combined capacity of 46,000 MW. Tied up in these power projects is debt in excess of Rs 75,000 crores that might become stressed unless power generation companies get a viable return on their investments. To add to this is the mess in power generation companies that depend on gas supplies because of a continuous and steep decline in gas supplies from the Krishna Godavari basin.
All this and much more was revealed in a report on the power sector released by the ratings outfit Crisil today. Some weeks ago, there was a controversy when the Union Power and Coal minister had claimed that the real problem in India was not shortage of power but the willingness and ability of distribution companies-both state owned and private-to buy the power. Many states where power cuts have been crippling during this summer reacted strongly against this. But in reality, the facts do suggest the same.
For instance, the latest statistics released by the Union Ministry reveals that peak hour power shortage during 2014-15 had come down to all time low of a little more than 3.7 per cent.  So actually, the days of crippling power shortages overall have gone; like the one in 2012 when the entire power grid in North India had collapsed. The root problem is the financial mess of discoms. Take the state of Rajasthan for example. The state owned electricity board there simply doesn't have the resources to repay Rs 90,000 crores in dues and debt. Total outstanding debts to discoms have reached Rs 4.4 lakh crores as of March 31, 2015.
According to the Crisil report, the only way of staving off this looming crisis is to allow an increase in tariffs and reduce transmission and distribution losses. But then, both are politically sensitive subjects and industry insiders are waiting with bated breath to see how this pans out.
Tags assigned to this article:
power krishna godavari basin electricity crisil