Crime Without A Villain 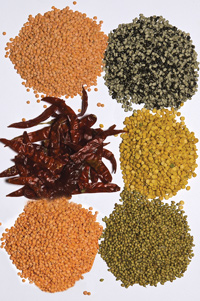 Though not as bad as Latin America, India is an inflation-prone country.

Its crime is also easy to recognise. Taken together, all the governments running India and its parts tend to spend far more than they should if they were to maintain price stability. Government spending enriches politicians, bureaucrats and their hangers-on. So indirectly, it is these ladies and gentlemen, to whom our democracy gives the licence to govern us, that are responsible for our endemic inflation. They are the ones who have a party at the cost of the nation.

Whilst that is true in general, it is not true of the current bout of inflation. This is evident from the commodity composition of inflation.

The commodities that show the highest rise in prices are all agricultural commodities. Some of them, such as vegetables, cannot be stored for long. So inventories in them are negligible, and their prices immediately reflect the impact of a short or a big crop.

Others are commodities that can be stored, such as lentils. But year in year out, they are produced in quantities that would last for a year. If there is a big crop, the inventories may stretch for some weeks into the next crop year. If the crop is short, it may begin to run out before the year is over. In either case, traders will anticipate the surfeit or the shortage, and will lower or raise prices accordingly. So a surplus will generally lower prices throughout the next year, whereas a shortage will raise them throughout the year.

In recent months, however, we have seen a quick, sharp rise in the prices of lentils. That implies that there is an unanticipated shortage.

Traders expected a new crop of arhar and beans, moong and moth, to arrive when the summer crop was harvested in September. Once it arrived, they expected prices to drop. So they cleared their stocks before September. But then the summer rains were late, and the harvest was delayed. In those dry months, stocks had been sold off, and no new supply was coming in. That was the cause of the sudden rise in prices.

Normally, late rains should only delay a crop; prices should come down later. But this year, it would appear that lentil production is not only late, but also poor. So we face a year of high lentil prices — high enough to force people to eat less of them and balance their demand to supply.

There are two antidotes to such a rise in prices. One is that the government may stock commodities in good years and sell the stocks in bad years. Our government stocks wheat and rice, but does not bother about other crops. It also announces before a cereal crop is sown at what price it will buy it, so the farmer can calculate what profit he will get.

This security of returns has made wheat and rice attractive; they have replaced other crops. That is why lentils, for instance, have become ever more expensive compared to cereals, and why our lentil consumption per head has fallen drastically since Independence. That is also why there are no stocks of lentils with the government which it could sell in a bad year such as this. And it just happens that we are the world's biggest lentil eaters. Other countries simply do not grow much of lentils, so there is nowhere from where we could import lentils. We must eat even less of them, and get even less protein than we usually do. And the poorer an Indian, the more he spends on food, and the more severely he is hit by a rise in prices. So the poor harvest this year will worsen income distribution.

This is not the last time this will happen. The economy of lentil production is such that our consumption of them will vary enormously from year to year, and that we will progressively eat less and less of them. The protein they provide will be replaced by meat and fish in the case of non-vegetarians. But the food of our large population of vegetarians will become more and more unbalanced. That need not happen. We could, for instance, persuade Australia and African countries to grow lentils for us. But for that, the government should offer them a guaranteed free market in India. And not just for lentils; we should do it for all farm products. Free trade makes supplies more stable and secure.