Creating A Skilled India Is Key 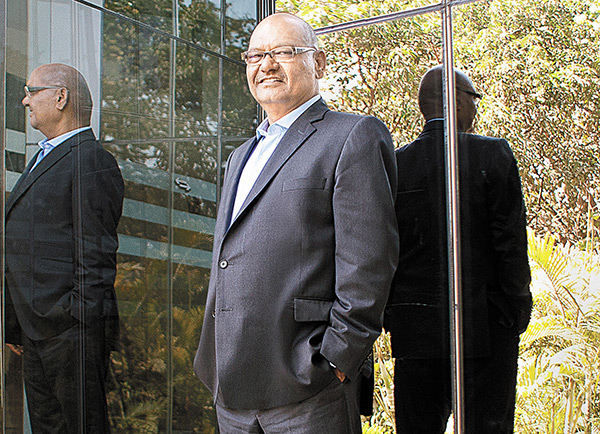 02 December, 2014
Print this article Font size -16+
We are blessed with the youngest population in the world. Every year, about five million students graduate from over 30,000 universities, colleges, industrial training institutes (ITI) and other educational institutions. Of these, about 1.5 million are from the nation’s engineering colleges.  A 2013 Ministry of Labour report, ‘Youth Employment — Unemployment Scenario 2012-2013’, found that one in three graduates remains unemployed even a year after graduation — in urban India, the ratio is one in four.

A big part of the problem is lack of appropriate skills. Several studies, including ones by leading consulting firms such as EY for the Federation of Indian Chambers of Commerce and Industry and by McKinsey for Nasscom, have found that only 25 per cent of college graduates are considered employable. There is a gap between college education and employability that needs to be bridged.

Addressing the skill gap will require a few solutions. There are a number of skill development initiatives that both central and state governments have in place; however, by themselves, they may not produce the required results immediately.

Companies in India will have to invest much, much more in job training and development than is the current practice, in terms of a higher order of skill development that equips workers with the means and capacity to improve their job skills in pace with technological changes.

Germany, considered by most people in the world to have the best manufacturing and the most advanced technology, is a prime example. The Mittelstand companies (family-owned small and medium scale enterprises) in Germany account for more than ¤2 trillion in annual revenue and 52 per cent of annual economic output — employing more than 83 per cent of trainees, whose skills they develop. Germans say that it is this vocational training that kept the unemployment rate below 8 per cent, even during the European economic crisis. The Mittelstand system of integrating vocational training and apprenticeships underscores the causes of — and the possible solutions to — the huge skill gap in Indian manufacturing.

Other approaches to addressing the issue include college curricula and the higher education system, introducing aspects such as internships and practical training to improve the employability of college graduates. While a number of institutions and universities, as well as the government, are working on introducing these aspects, their implementation should be a priority, as the result of the efforts to change the education policy will only become tangible over the long term.

Vocational training seems an obvious option. There are over 11,000 vocational training institutions in India, of which over 2,100 are government-run ITIs, and the rest are privately run. In August this year, the labour ministry announced that it would overhaul the near-obsolete ITI system, and add another 1,500. In total, these have the capacity to train two million students a year. The courses will be designed to cater to industry needs, and open up new employment opportunities. However, the benefits will become visible only in the next few years.

Prime Minister Narendra Modi’s ‘Make in India’ initiative can also be the basis of the roadmap for skill development. Given the vast number of engineers India produces every year, a robust and fast-growing manufacturing industry could help absorb the large number of college students who graduate every year. As part of this, re-engineering the ITIs could go a long way to creating machine operators, mechanics and similar jobs that Indian companies need. Here again, the results will become tangible over the long term.

It is widely accepted that India’s manufacturing industry could be much more developed and larger. But for a robust manufacturing sector, we should have the support of our abundant natural resources. That implies encouraging mining and exploration in ways and with a sense of urgency that we as a nation have not yet shown. A strong mining industry will go a long way to creating hundreds and thousands of new jobs, and not only for the recent graduates.

An efficient mining industry will also have what economists call ‘second-order effects’, creating a number of jobs in services that support the mining industry, at its geographical locations. Doing so will also help develop the local community and boost economic growth. But most importantly, undertaking mining and exploration in an environmentally sustainable fashion is just as critical.

To have the youngest population in the world is an advantage that is likely to stay with us for many years. Skilling this young population into becoming a productive workforce that will drive the engine of our economic development is imperative. Only then will the benefits of our demographic dividend materialise.

The author is chairman of the Vedanta Group