Cream Of The Crop 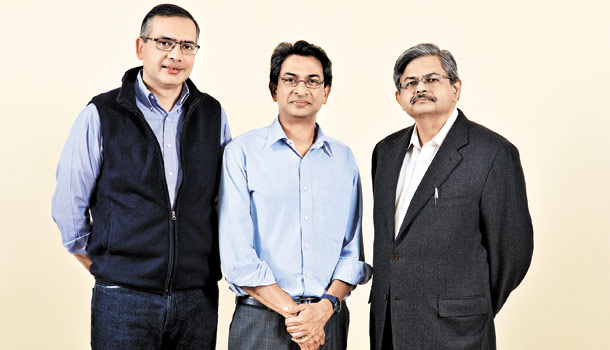 08 November, 2014
Print this article Font size -16+
Over the years, BW Businessworld has, in an annual exercise, identified the brightest young brains in business with ideas that make a difference to the way we work, eat and play. In the fourth year of the exercise to pick the BW Businessworld Hottest Young Entrepreneurs, the majority of the companies that sent in their entries were, not surprisingly, focused on the Web, software and mobility. There were some that focused on education and healthcare too, with a good mix of tech and non-tech companies.

As in earlier editions, this year’s picks were divided into two categories. Category A comprised companies that are between three and five years old as of 31 December 2012; Category B had firms that were under three years old on the same date. Across categories, at least one founder had to be 35 or younger. In all, we got 67 entries.

After going through the applications in detail, we first eliminated those companies that had not provided critical information. Then, a team of senior editors shortlisted companies based on whether they had an innovative business model, their sustainability and scalability. We ended up with a shortlist of 26 companies — including eight companies that were between 3-5 years old and 18 that were less than three years old. This list was made available to the esteemed jury — Rajan Anandan, managing director, Google India; Sanjiv Aggarwal, senior managing director, Helion Advisors; and Deep Kalra, founder & CEO, MakeMyTrip.com.

The three jury members, experts in private equity, have mentored many successful ventures. Since the jury members had interacted with many of the shortlisted companies at some stage, it made the selection process all the more rigorous. The broad parameters that the jury used to assess the contenders included a mix of uniqueness of idea; sustainability of business model; its scalability; broad financials and the quality of the core management team.

The jury evolved its own way to select the winners. It started off with companies that had completed three years. Each of the members put up his own list of top four companies. Of the 12 names, three common ones were identified.

All the jury members were unanimous in selecting Druva Software as the winner. Druva provides end-point data protection to enterprise laptops and mobiles. Says one juror: “You don’t have product companies out of India. And they’ve already crossed the time period where they had the highest risk of failure. Now, the sky is the limit for Druva. They are highly scalable as a company, and with great solutions.”

That was the easy part. After selecting Druva, there was an animated discussion for the number two and three companies. It was here that the jury brought in its personal knowledge and understanding of companies to bear on the exercise. Innoz, which runs a search engine using SMS, made it to the number two spot on the basis of the uniqueness of the idea. At number three was Maxheap, which has a property search engine called commonfloor.com. Says another jury member:“Commonfloor is interesting because it serves a market which is underserved.”

In the case of companies in category B (up to three years old), the jury members again listed out their winners. Actoserba (zivame.com) was on everyone’s list. Zivame won simply because of its unique model of online lingerie sales. Says a juror: “I think the idea is great because there is a lot of reluctance and shyness on the part of women in buying lingerie.” Inscripts, which offers chat software CometChat, used by customers across 127 countries, was picked by the jury because of its easy availability online.

At the end of the meeting, the consensus was that the companies identified passed muster in terms of all the criteria. Says another juror: “What I like about the list of winners is that it is a combination of tech and non-tech companies. And we have a few women entrepreneurs too, which makes it an interesting mix.” Over and above this, Vahan Motors and Claro Energy were selected as Editor’s Picks.

The winners exemplify what the BW’s Hottest Young Entrepreneurs have always been about — bright ideas that make India one of the global hubs of innovation.