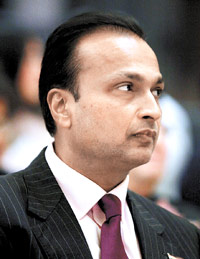 There has been no further development in the project, which was based on a debt-equity ratio of 75:25 and though the loans have been sanctioned by the lenders, there has been no disbursal as yet.

"We have not disbursed any amount to Reliance for the development of their Krishnapatnam UMPP as there has been no work done on the project," says H.D. Khunteta, director (finance), Rural Electrification Corporation.

In a related development, R-Power has also filed for arbitration against the 11 procurers before the Indian Council for Arbitration for renegotiating the power purchase agreement (PPA) citing changes in the Indonesian mining regulations and the consequent tariff changes.

"This is irrelevant as sections 17 and 58 of the Electricity Act, 2003 do not allow for private arbitration and only CERC (Central Electricity Regulatory Commission) has the power to decide this," informs P. Shiva Rao, legal advisor to the distribution utilities.