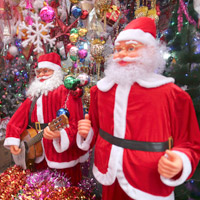 08 November, 2014
Print this article Font size -16+
Two Italian marines charged with killing two fishermen off the coast of India will likely be allowed to spend Christmas in Italy, after an Indian court on Thursday accepted the sailors' plea to go home for the holiday season.

The sailors are awaiting trial in connection with the shooting deaths in February, and the case has soured relations between New Delhi and Rome. Italy has challenged India's right to try the men, arguing in the New Delhi Supreme Court that the shootings took place in international waters.

The sailors, members of a military security team protecting the cargo ship Enrica Lexie from pirate attacks, fired on a fishing boat they say they mistook for a pirate craft off the southern Indian state of Kerala.

The Kerala high court's decision came just days after Italy demanded a quick decision by the supreme court to allow the men to go on trial in Rome. No decision is expected by the court, however, until January.
Tags assigned to this article:
news 3 new delhi rome christmas kochi italian marines