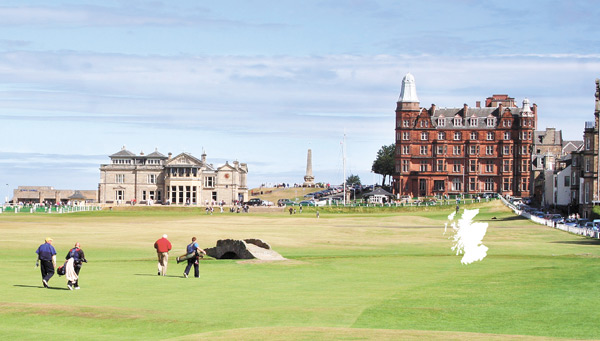 You need to be a member of a golf club in India and carry a letter of introduction to play at any of these clubs. Also, each has a minimum handicap requirement and you need to carry your golf handicap card with you.

Golf clubs are real sticklers when it comes to dress code. So make sure you read the specifics on their website and pack your bags accordingly. For instance, the Royal St. Georges in England insists that visitors wear jackets and ties to the club house post 11 am. On the golf course, they may wear plain, tailored shorts but only in conjunction with long socks.

Cargo shorts are a strict no-no. The website does not specify the rules for women (not surprising, considering it's a men-only club and women are allowed to play only as guests). But other clubs such as the Royal County Down, while not specifying what women should wear, give a list of things they should not wear — jeans, short shorts and sleeveless, collarless tops.

So go ahead, enjoy the ultimate holiday. As, in the words of sports writer Bob Ryan, golf is a passion, an obsession, a romance, a nice acquaintanceship with trees, sand, and water. Happy putting!