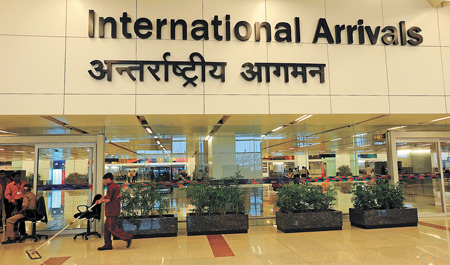 So far, the AERA has permitted DIAL to charge Rs 1,827 crore in the form of additional development fee for a period of three years. DIAL has been charging a fee of Rs 200 from domestic passengers and Rs 1,000 from international ones departing from Delhi. Interestingly, instead of seeking an increase in the quantum of development fee, DIAL has sought permission to increase the period of collection from the present three years to five years and eight months.

According to airport officials, the need to generate more revenue has arisen considering that the total cost of developing the new terminal and modernising the Delhi airport has gone up from Rs 9,000 crore to Rs 12,800 crore. Despite collecting Rs 1,470 crore from upfront deposits for developing the first 45 acres of the hospitality and retail district, DIAL officials say that there is a huge shortfall in the airport's finances. DIAL's chief financial officer Sidharath Kapur told Businessworld that DIAL had sought AERA's permission to continue with the development fee levy for an additional two years and eight months.

Other new airports in the country would be closely watching this development. It is expected that Mumbai International Airport, which charges a similar development fee from passengers, will also seek an increase in the period of levy after DIAL.

Most private airports charge a user development fee once the airport is functional. However, in the case of Delhi and Mumbai airports, the government allowed a development fee to be charged during the construction phase since the project developers were unable to raise debt to cover the project cost after the 2008 global financial crisis.

The levy was mired in controversy since passengers were being asked to bear the burden of construction of a facility they were not even using at the time the levy was introduced.  Petitions were filed in the Delhi High Court in 2009 challenging the rationale behind such a levy but the court then ruled in favour of the developers — under the AAI (Airport Authority of India) Act, airport operators can charge a development fee.

At Hyderabad International Airport (HIAL), passengers now pay a hefty user development fee of Rs 475 for domestic and Rs 1,870 for international (both including service taxes), up from Rs 367 and Rs 1,000, respectively. This is the new user development fee cleared for HIAL from November 2010. The airport has been making losses since it started (it has accumulated losses of around Rs 250 crore) owing to lower traffic than what was originally projected.

A Jet Airways official, on condition of anonymity, says, "It is a bit like passengers are subsidising the airport's losses (referring to Hyderabad). The airlines are being picked on for high fares but no one is focusing on how much airport charges are rising."  Airlines have been arguing that the charges that they have to pay at the new facilities have also been steadily rising. A senior aviation ministry official adds that all such charges eventually are passed on to passengers — by both airlines and airports.

AERA, however, is expected to look into this issue and a senior ministry official says that many of these issues will be resolved once the till issue (single, hybrid or double till), based on which the revenues private airports earn, will be decided. Airports are keen on a hybrid till, while the AERA has in a discussion paper — brought out last year — proposed a single till.