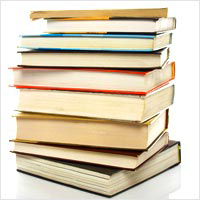 It was a cozy and warm atmosphere in a bookstore in South Delhi — with plenty of cushions thrown on the floor — that I attended a delightful book launch for children. The book was displayed prominently, along with some fabulous original illustrations done by the author, from which the book illustrator had been “inspired”. I clicked some photographs with my smartphone. The publishers, based in another city, couldn't attend the event. So, I thought why not mail it to them, they are fraternity. Soon, a newsletter popped into my mailbox from the same publisher, with a lovely write-up of the book launch accompanied by my photographs, but with no acknowledgement given to me. I was disappointed.

After pondering over it, I decided to bring it to the publisher’s notice. To me, it was the principle of recognising the IPR (intellectual property rights) of the creator and giving due credit that I felt was at stake here. This was the reply I received, “So sorry. It was a slip up as I had said that you should be acknowledged. But since that is not the usual practice — simply because no one had asked — it was overlooked.” An apology received and accepted. I did not stop at that. I requested that in the next newsletter it should be rectified and on the blog, the photographs uploaded should go with credits.

To explore larger issues surrounding copyright, and for publishers in general, management of copyright is a very important part of their business. In May 2012, the Indian Parliament passed a few amendments to the Copyright Act. (It is still a bill, at the time of writing this column.) A victory to a large extent for the music industry, but it has made very little difference, so far, to the publishing industry. Plus, the debate surrounding Clause 2(m) of the Indian Copyright Act is still an open chapter. As per the clause, a book published in any part of the world can easily be sold here. Thus, diluting the significance or infringing upon an exclusive Indian edition. The Parliament Standing Committee investigating the pros and cons of Clause 2(m), made a “forceful recommendation” for its amendment, but it was not included in the bill. So the HRD Minister has referred it to an NCAER expert committee constituted.
However, another amendment relevant to the publishing industry has been the increase in copyright term for photographs. “This will make using older photographs impossible without hunting down the original photographer,” says Pranesh Prakash, a lawyer and copyright expert and programme manager at Centre for Internet and Society. “So far, things have worked well because sepia-tinted photographs have generally become part of the public domain. But now, only photographs by photographers who died before 1951 are part of the public domain. This has shrivelled up the public domain in photographs since it is even more difficult to trace the photographer (and date of death) than to estimate the age of a photograph, determining whether a photograph is in the public domain is laden with uncertainty. The use of historical photos in books (and Wikipedia) will be badly affected.”
Having been a publisher for years, I tend to be very careful about issues involving copyright. Dig deep and you will find anecdotes that illustrate the crying need for understanding copyright issues. For example, an illustrator submitting files to a reputed art director could be told that the illustrations are not up to mark. Unfortunately, when the book is published, the ‘new’ illustrations are pale imitations of the original line drawings submitted by the illustrator.
Or for that matter, a playwright being asked to create a script, but is never acknowledged or even paid the royalty due since the director believes that the core idea for the play is hers. ‘The playwright merely gave it a form’ is a common retort. Or, a couple of editors discovering their original research (and highly acclaimed globally) has been blatantly plagiarised by a well-known writer and published by an equally prominent publisher. Despite having marshalled all the necessary evidence, the editors are unable to file a case, since the court fee is a percentage of the damages sought and is beyond their reach. So, these cases stagnate with no redressal and the creators are left frustrated and angry.
The core issue is, how many professionals in the publishing eco-system actually know what is copyright or how to exercise their rights? After all, it is only a concept, albeit a legal one, which gives the creator of an original work exclusive right(s) to it for a limited period of time. Establishing and verifying the ownership to copyright is a sensitive issue. A good example of how an organisation can facilitate, disseminate, inform and empower a literary community on IPR and related topics is the Irish Writers Union.
According to their website, it is “the representative organisation for one of the major stakeholders in any discussion about copyright: Irish authors. While we understand that copyright legislation might be a barrier to innovation in certain industries, the IWU believes that any change to copyright law must be managed in such a way as to ensure that no damage is done to Ireland’s literary activity. ...literature earns hard cash for Ireland. Both in the form of its contribution to the €2bn annual gain from cultural tourism and in the considerable revenues deriving from the success of sales of Irish works, Irish publishing and writing is an activity that should not be jeopardised by any legal change that weakens the value of copyright ownership to the creators of original literary works. ...We note that if anything, copyright law in regard to literature should be strengthened to protect rights holders.”
As Shauna Singh Baldwin, a Canadian-American novelist of Indian descent, comments upon the significance of copyright in an e-mail conversation with me, “The breath of the individual creator, his/her imagination and speculation gives life to a work of art. To create something new, you take ideas from many sources, recontextualise them, find unexpected connections between them, and create something new — and beautiful. If we continue to be ashamed of our own imaginations and so fearful of mistakes that we must copy the tried and true, we will never create, only innovate.”
As for the rejoinder and photo credits I had requested for my photographs, the publisher implemented it immediately. And I was glad.
Jaya Bhattacharji Rose is an international publishing consultant and columnist.
Tags assigned to this article:
column exclusive to web copyright publishing jaya bhattacharji rose ipr bwbooks7list clause 2m pranesh prakash shauna singh baldwin