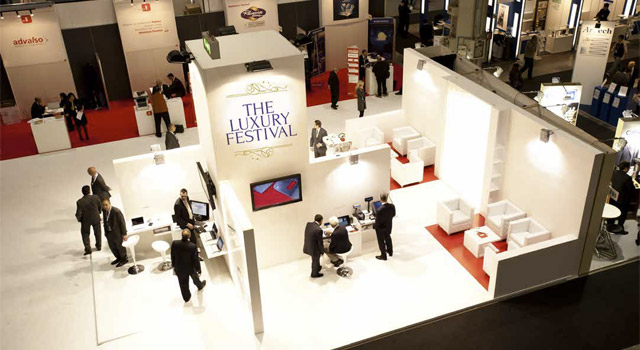 With these twin factors of pull, CII along with media investment company GroupM and Quintessentially Lifestyle Services India are laying the red carpet for global luxury brands. They are jointly going to host a three day expo - The Luxury Festival - in March at Delhi’s Pragati  Maidan, an event they proclaim is the first of its kind.

While CII and Quintessentially Lifestyle Services India’s roles in organising the event is understandable, GroupM has pitchforked into this space scenting an opportunity in luxury advertising.

Advertising by super premium brands only accounts for 0.5 per cent of the total Rs 43,000 crore ad market in India, said GroupM South Asia CEO C V L Srinivas.  Contrast this to China where advertising by luxe brands accounts for 8 per cent of mass media ad spends. “Clearly there is a big headroom for growth,” says Srinivas, who says opening up of the luxury sector will not only accelerate the ad industry’s growth, but will give an overall boost to the economy as well.

Since luxury marketing also relies a lot on experiential marketing, there is clearly opportunity here for GroupM agency Dialogue Factory which opened shop two years ago here offering services in that niche.

According to the organisers, The Luxury Festival will offer a different experience from other exhibitions as it will be an experiential event with fancy “Michelin-like” dinners and fashion shows and a glimpse of bespoke products.

CII’s Deputy Director General and Head –Services Council Amita Sarkar said that the event would offer luxury brands that have not yet established presence in India a chance to get a toehold here.

The Indian luxury market is currently pegged at $8 billion and is estimated to reach $15 billion by 2016. Over the next 5 years, the ultra-high net worth households (ultra HNHs) in the country are expected to triple to over 329,000 households.

According to Amit Dutta, Managing director – Quintessentially Lifestyle Services, there is huge headroom for growth in the luxury market in India as the  super premium brands have barely penetrated the top 6 cities. “The scattered nature of Indian HNIs offers an opportunity to luxury brands to expand their footprint in the country and tap other cities,” he said.  The Luxury Festival will give the brands a chance to interact with HNIs from all parts of the country as invitations will be sent to industrialists, socialites, entrepreneurs, corporate magnates, private wealth clients, luxury automobile owners and private air charter members.
Tags assigned to this article:
retail more 4 cii luxury brands groupm chitra narayanan quintessentially lifestyle services india