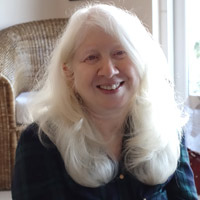 08 November, 2014
Print this article Font size -16+
Forgive me but don’t all the text books on leadership say that communication is a core requisite? But perhaps the UPA, even after their spectacular loss in the general elections, doesn’t get it even now. When grilled by our favourite TV anchors they first argue that “it happens” in democracies, quite as if it were a cricket match with many more to come in the series. Then they finally say ok, they lost because their one big mistake was they didn’t communicate their achievements well enough. So deep is their culture of non-communication that they no longer seem to understand what that entails. Not a one-way, top-down king-subject communication, but a genuine connect with those who put them were they were in the first place.

At one time, you could have argued that there weren’t easy ways to connect to the general public; that those in power were too busy doing great stuff for the country to be doing a lot of communicating – never mind that they spent half the day inaugurating useless things and the other half recovering.

But today, it takes no time at all to connect because the social web gives so many opportunities to do so. Pick a network of your choice and go. Instead, the Congress initially tried to stifle social media. At least it threatened to. When they figured that was easier said than done, they decided to join them. But no matter how many followers they had and no matter how often posts were uploaded, the stark difference between the UPA and the BJP was the extent of connect.

The BJP realised nice and early in the game that it pays to use technology to communicate and social media to engage. With every aspect handled by the best-in-the-business professionals, it was such a success that social media is actually being credited with having helped the BJP win the elections. Specially Mr Modi, of course. It’s fascinating though to compare the online with the offline styles of our ex Prime Minister and Narendra Modi. Dr Manmohan Singh’s Twitter account, for example, is obviously handled by a third party, referring to the ex-PM always in the third person. The PM had talks with so and so, the PM travelled to somewhere or the other… to the point of terminal boredom. It’s nothing more than what you’d read in the news and not care about one way or the other. Modi on the other hand, always tweets in the first person, speaking of feelings, intentions appreciation and even posting selfies guaranteed to strike a chord with today’s generation. Other than a handful of UPA ministers, the culture of that party has been to act as if they can’t lower themselves to be engaging with the masses, even in times of trouble. They were the “ruling” party after all, red-beaconing their way through national history.

Offline though, there are some reversals. Dr Manmohan Singh, in the rare times that he did speak, though he mostly read out his speeches, always spoke in the first person and referred to his personal take on things, including how he felt about issues. Narendra Modi, on the other hand, often speaks of himself in the third person. And it’s an unnerving oddity. He doesn’t seem to need prompts and papers, he interacts with the crowd, gets them to participate and respond and shout and get excited. It’s all done most skillfully and with complete control.

As for Rahul Gandhi, had he been the youth icon his party projected him to me, would have been active on social media – more than anyone else. He would have been comfortable doing so too. Instead, offline, he looked, to almost everyone, as someone quite out of place in his role, no matter how much he shouted an aggression he probably doesn’t feel.

With the campaigning and elections over with, it will be interesting to see what communication style the BJP and Mr Modi adopt. Will time and the assumption of power erect a wall between them and the people or will they be more accessible and open? It’s difficult to predict. But whatever means are used, it would be interesting to see if communication with the masses is given the same importance and attention as in the noisy throes of electioneering.
Tags assigned to this article:
column more 4 manmohan singh bjp social media caught my eye twitter narendra modi upa 2014 elections mala bhargavam