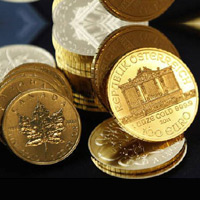 The recent slump in commodity prices may be the panacea Asian economies need, by lowering energy and manufacturing input costs without the need for further monetary tightening.

If inflation in China and India does ease over the coming months, especially if it does so at a faster pace than currently anticipated, it will have several positive impacts on commodity demand and the world economic outlook.

Firstly, lower inflation gives a little bit of extra ammunition to China if it needs to undertake stimulus to counter a slowdown in the developed world, and secondly, cheaper commodity inputs can either boost manufacturing profits or lead to lower prices for goods and services, or both.
China's consumer price index has shown the first signs of moderating, dropping to 6.2 per cent in August from July's 6.5 per cent, but it's still well above the 4 per cent target and has been all year.

Producer inflation also edged lower in August, to 7.3 per cent, and it's here that lower commodity prices will make most of an impact.
The HSBC flash China Purchasing Managers' Index for September showed overall contraction in industrial output from a month earlier. However, the input price sub-index rose to the highest level in four months.

Given that the Reuters-Jefferies CRB Index of commodity prices has slumped 11.5 per cent this month alone and is now 10 per cent down from the beginning of the year, it's not hard to imagine that the cost of lower commodities will soon flow through to manufacturers.

China may lower fuel prices in coming weeks given the recent decline in crude is greater than the 4-per cent swing needed over a 22-day period to trigger a price change.

Brent crude, one of the three grades China monitors, is down 8.5 per cent since the beginning of September, meaning China could lower fuel prices, which have been steady since the last increase in April.

It is worth noting, though, that fuel makes up a relatively small part of the CPI basket in China and any drop in prices is unlikely to fully reflect the decline in crude, just as increases in the past didn't pass on the full impact of crude gains.

The scope for lower energy costs reducing inflation in other parts of Asia is also muted by fuel price controls, with many governments likely to be tempted to reduce the budget impact of subsidies rather than cut prices.

For instance, it's hard to see India lowering the cost of diesel much, if at all.

Retail diesel prices in India, which were last raised in June, work out at about $132 a barrel, above the Singapore wholesale price of around $115 a barrel, but not so far above as to suggest much of a margin for refiners and retailers.

Nonetheless, lower crude costs will feed through the whole system, cutting the cost of electricity and industrial and farm production.
It's more likely that inflation will drop on the back of lower metals prices, given London copper is now down almost 25 per cent since the beginning of August and 27 per cent from its all-time high, reached in February.

There is a solid correlation between Chinese inflation and the CRB Index, and if that holds, it implies cost pressures are about to decline significantly.

It may be too early to even chill the champagne, but the slump in commodity prices may be enough to ensure a soft economic landing in Asia and help stave off a recession in Europe and the United States.